The project is of crucial importance as the drainage pipeline in Geeta Bhavan Square area got choked frequently and had to be cleared by using pumping machine.
Staff Reporter 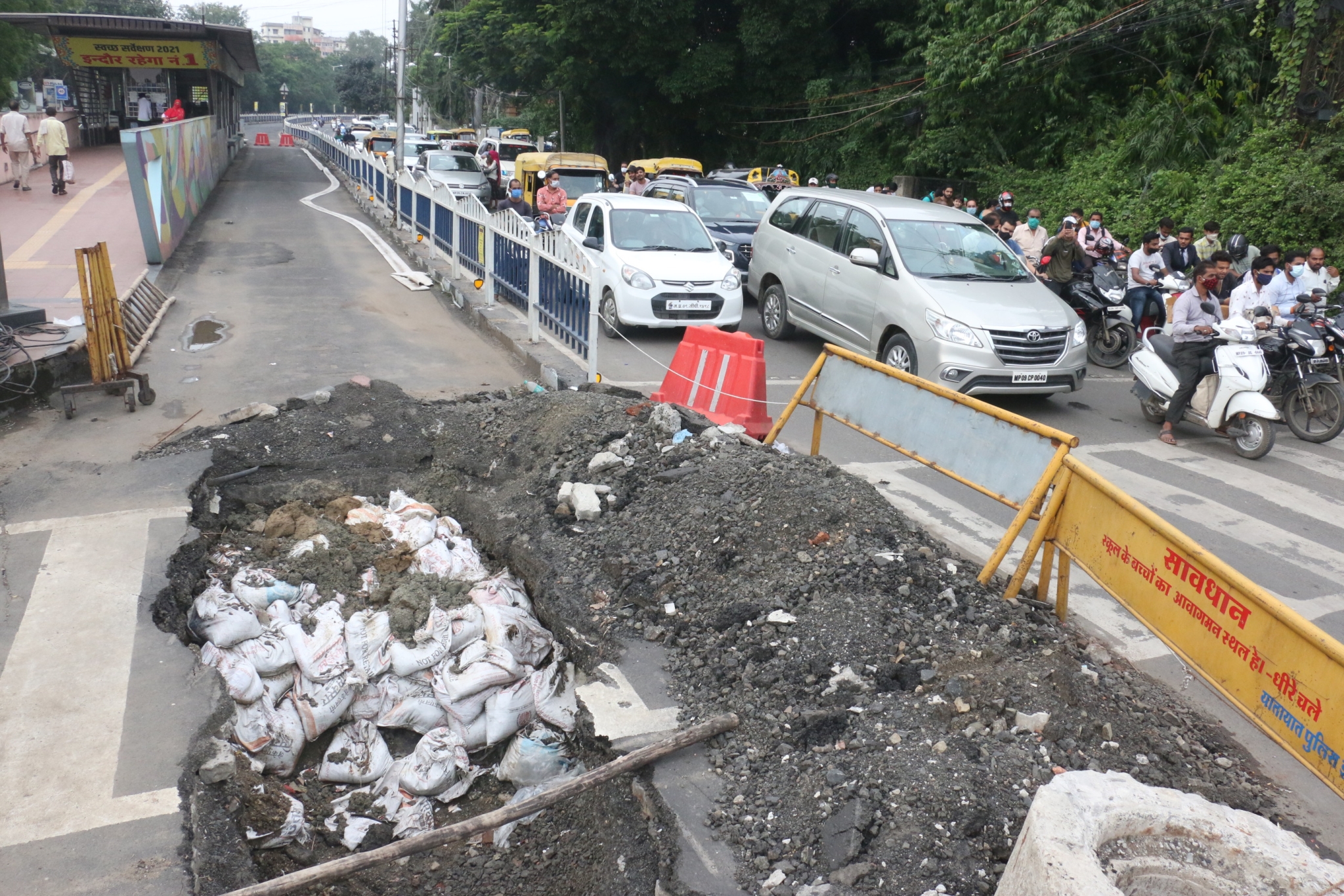 The busiest road of the city, AB Road, has turned into traffic nightmare at the Geeta Bhawan Square courtesy the failure of the civic body to execute crucial projects on time.

The Indore Municipal Corporation (IMC) has dug up four spots in and around the square in a radius of 100 metres for laying of pipeline. With thousands of vehicles using the square, there are traffic bottlenecks in the area throughout the day and traffic jams during rush hour.
The IMC had started the work in February, and they were supposed to complete it within three months. Now, it is over six months but the work is still incomplete. What is more, the IMC failed to take advantage of the lockdown period when there was no traffic and they had full freedom to work 24 by 7.

The project is of crucial importance as the drainage pipeline in Geeta Bhavan Square area got choked frequently and had to be cleared by using pumping machine. In the past also IMC had dug up some spots to clear the blockage, but they turned out to be temporary solutions. Now, the IMC is trying to find a permanent solution to the problem.

ASP (traffic) Anil Patidar said that the department is facing a staff crunch because some of the staff is involved in the preparation of the Independence Day. The problem will be resolved after Independence Day.