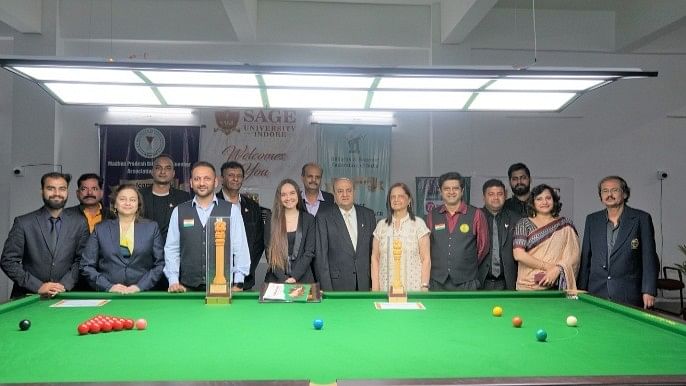 Six rounds were completed in the Under 9 National Chess Championship being held at Indore Public School on Thursday.

In the boys section, second seed Arav Sarbaliya (Karnataka)  and first seed Madhavendra Pratap Sharma (Madhya Pradesh) drew the tie after 34 moves. On the other hand, in the girls' section, Shravanika AS (Karnataka), Bhumika Waghle (Maharashtra) and Arpita Patankar (Gujarat) shared the lead with 4.5 points each. Till now Shravanika, Arpita Patankar, Aarav S, Aarav A, Niroshan Thanikachalam and Madhavendra Sharma are in the race to emerge as undefeated winners. As special guest, Dr Gurmeet Singh Narang got introduced to the players.  On this occasion,  Akshat Khanpariya, Anil Fatehchandani and Dr AK Raizada and Sunil