The gesture of appreciation was used as protest by few residents against the Fever Clinic being functional in residential localitie.
Staff Reporter 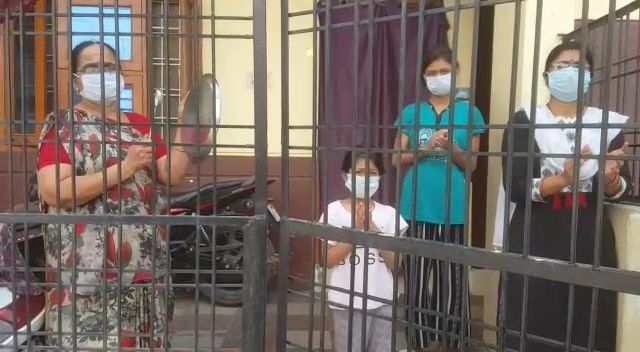 Irked residents beat plates and clap as a gesture of protest. |

Prime Minister Narendra Modi had appealed people to clap and beat plates as a thankful gesture in honor of COVID-19 warriors during Janta Curfew in March, following which the act had become a symbol of support and appreciation. However, residents of Suyash Vihar colony used the same gesture to protest against the fever clinic in their area on Saturday.

All the residents of the colony clapped and banged plates outside their houses at 9 am on Saturday and protested against the fever clinic running in Urban Primary Health Centre. 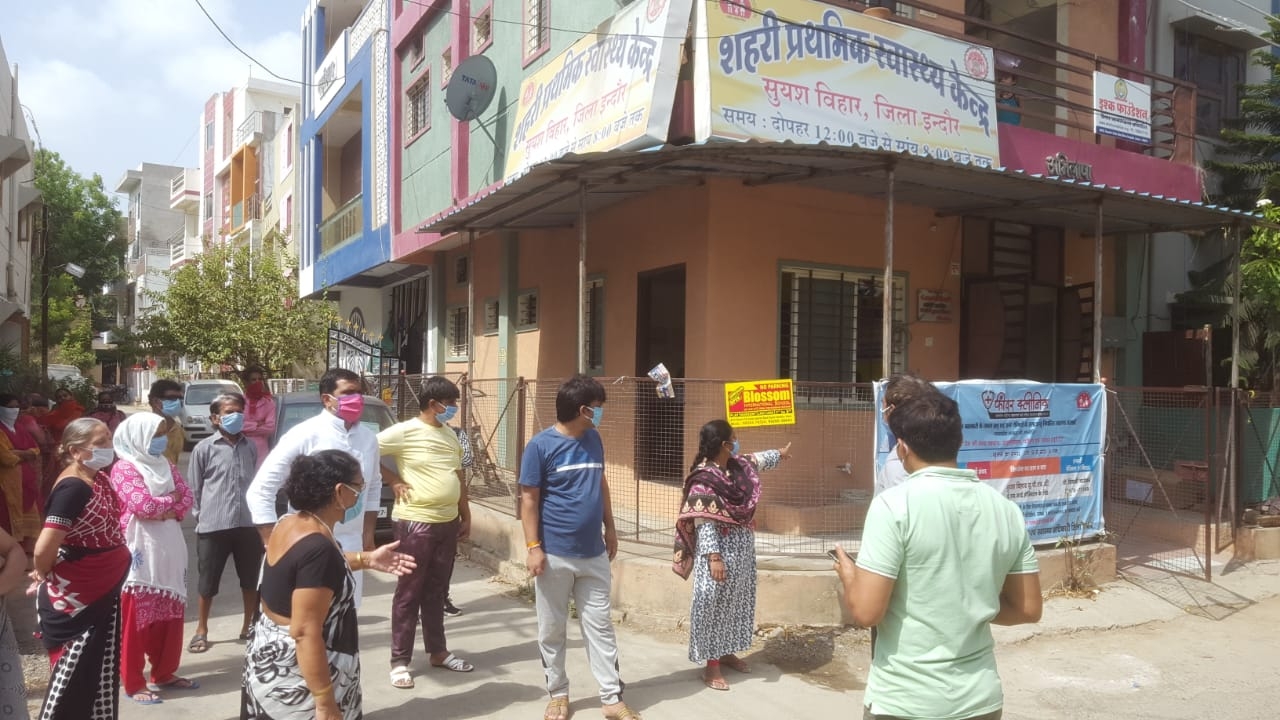 Residents were protesting against the clinic for last four days alleging violation of social distancing there by the people coming from other areas.

“We are not against the health facility but people are gathering here from past four days and are neither following social distancing nor hygiene. People from various other colonies are coming to the health centre which increases our fear of infection in our colony,” president of Residents’ Association Maya Lokhande told Free Press.

Other residents said that it’s a small health centre located in a congested area which invites flock of patients increasing the probability of infection in our colony.

“We protested by clapping and banging plates at our places to follow social distancing during agitation. Yesterday, cops threatened us to take action against us on coming out of houses for protest due to which we took this step,” Lokhande said/

Local congress leader Chintu Choukse too reached the scene in support of the residents and had a word with the officials concerned to shift the clinic.

After the continuous agitation of residents, Civil Surgeon Dr Santosh Verma said that they will shift the clinic to some other place. “It is true that the clinic in Suyash Vihar is located at a small place. We will probably shift it to the Sanjeevani Clinic at Bapat Square soon,” he told Free Press.