Two patients in Indore died after being administered with the fake Remdesivir injections, which comprised glucose salt water |

Indore (Madhya Pradesh): Indore Police investigations has revealed that the accused in the fake Remdesivir scam case planned to make and sell 80,000 counterfiet units of the injection.

Two patients in Indore died after being administered with the fake Remdesivir injections, which comprised glucose salt water. Four accused in the scam who were arrested Gujarat Police and brought in for questioning on Indore Police remand last month were sent back after their remand got over, police said.

Speaking to ANI, Rajesh Raghuvanshi, Additional SP, Indore (East) said, "Sunil Mishra, Kaushal, Puneet and Kuldeep, who were brought on remand from Gujarat, were sent back on Wednesday after the completion of their interrogation. On interrogation, it was revealed that the accused collected the original Remdesivir through a nurse and after that started the work of making fake Remdesivir in Mumbai."

According to the police, the gang members used to procure empty vials, collect labels and other materials and fill the vials with glucose salt water. The accused had set up a factory in a farmhouse in Gujarat's Morvi.

Apart from the four accused, 12 more people who were their associates and mediators in Indore were arrested. A case has been registered against the accused under several sections including cheating and culpable homicide not amounting to murder in the Vijay Nagar Police Station. 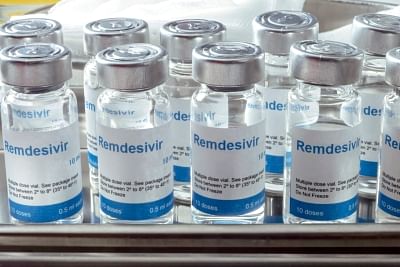