Indore: Liquor worth Rs 7​ lakh seized​ ​​from house, one arrested​ 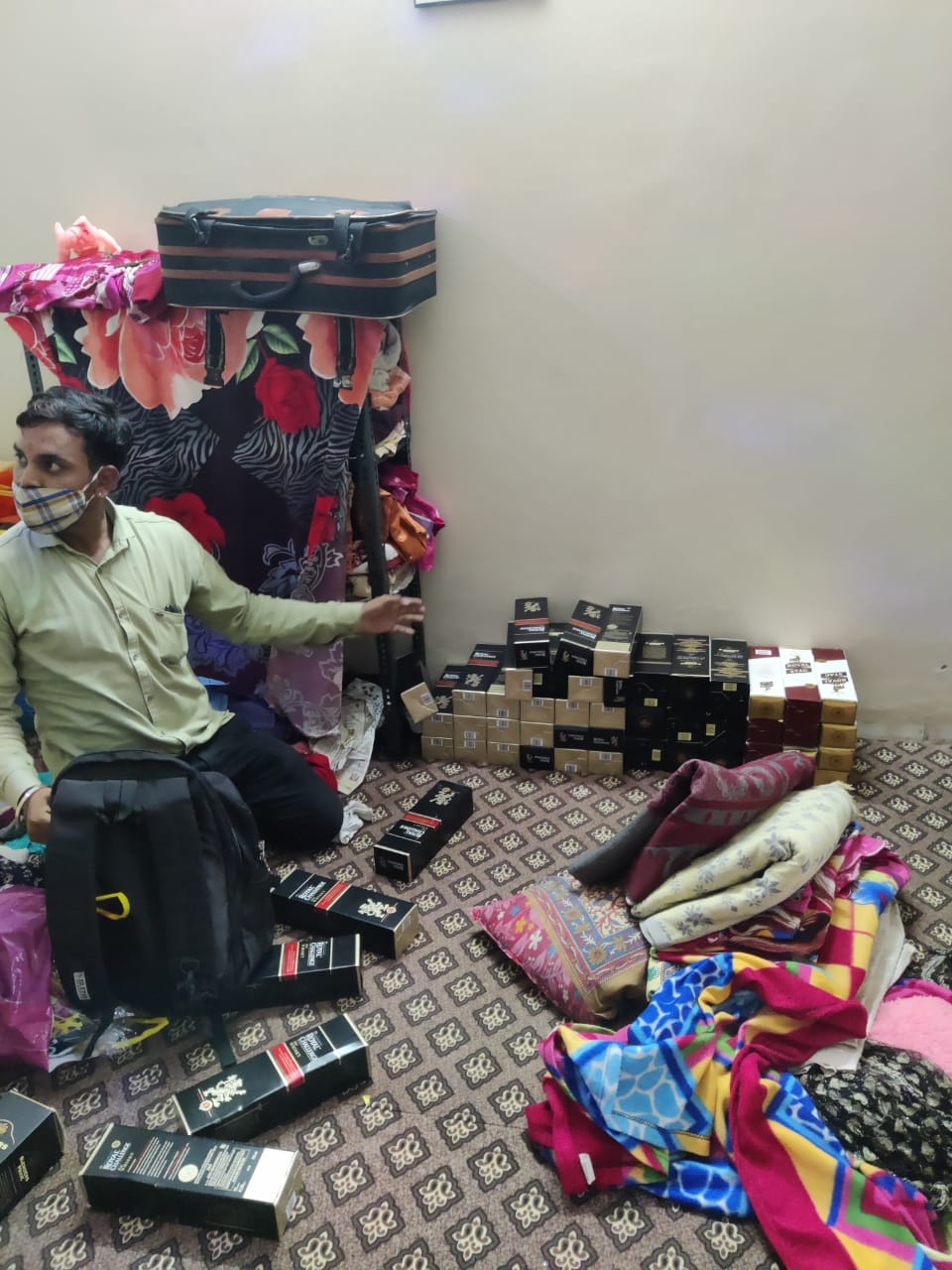 An Excise department official during raid at the house. ​ | FP

​​Indore: A team of state excise department raided a house ​in the Khatiwala Tank area ​and seized foreign and country liquor worth Rs 7 lakh​, ​on Friday.​ One person was arrested.​

The excise department officials ​had been receiving information that some people ​were supplying liquor illegally in the city.

After receiving a tip-off, ​assistant ​excise ​commissioner Raj Narayan Soni constituted a team led by excise sub-inspector Shalini Singh and instructed the team to raid a ​house in the Khatiwala Tank area​. During the raid, the team recovered 116 bottles ​of foreign liquor, 23 cans of beer and 123 quarters of country liquor from there. The value of the liquor is about Rs 7 lakh. ​One person, Hemant Sharma, was also arrested, and the excise department is trying to find out the person who supplied the liquor.

​The seized liquor is being sent for a forensic ​test. If the liquor is found spurious or substandard then appropriate action will be taken against ​those responsible. The role of excise sub​-​inspector Shalini, sub-inspector BD Ahirwar, Rajesh Tiwari, constable Satej, Mukesh and Suresh Chongadh was commendable during the action.