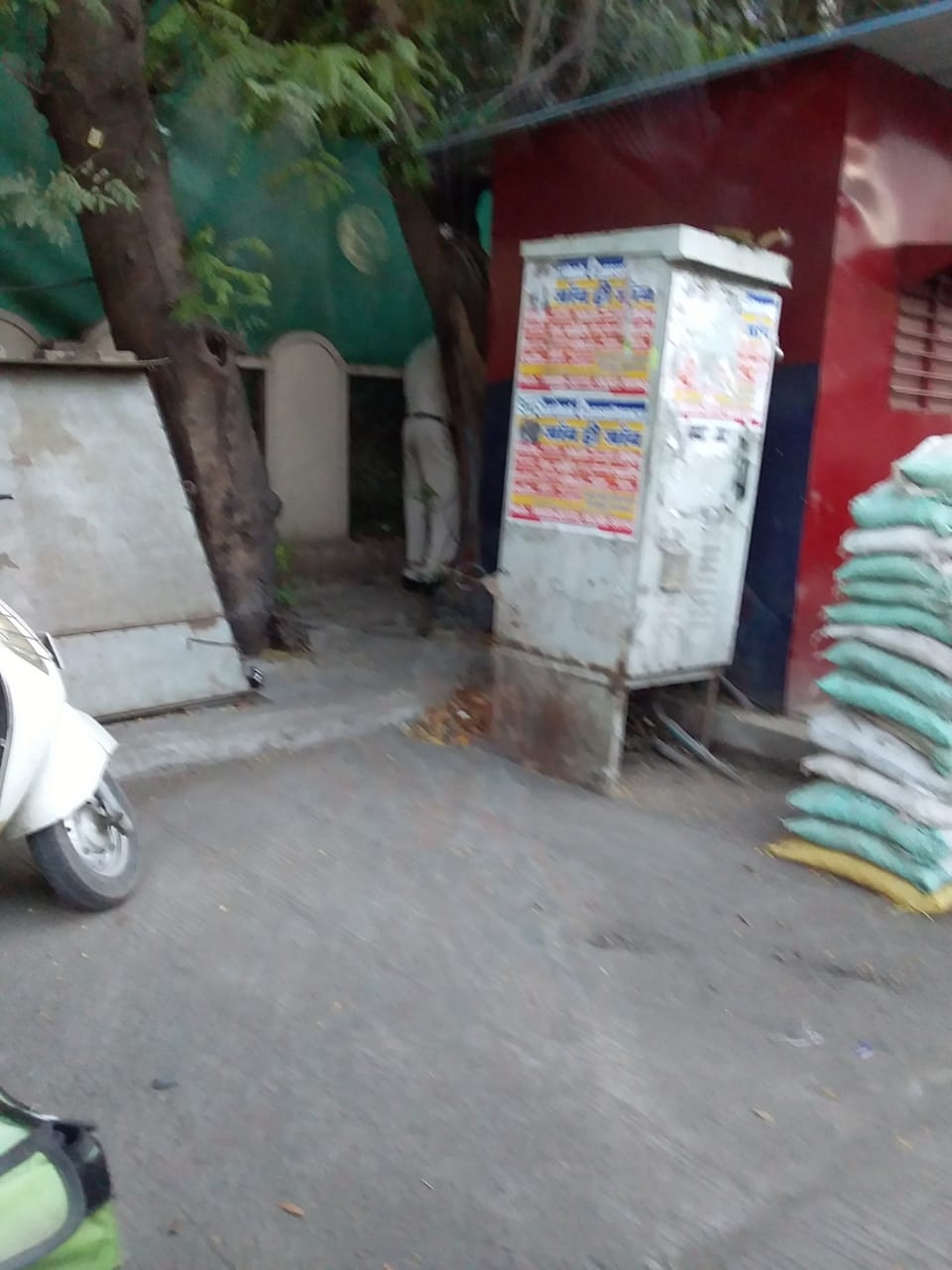 Indore: A head constable posted at the Palasia police station with DIAL 100 was found urinating behind Saket square police chowki on Friday evening.

When passersby objected, the cop identified as Gyan Singh, started apologizing. However, by then an eyewitness to the incident, Minni Kothari, had clicked the pictures of cop and she sent it across to Free Press.

Minni Kothari said that the policeman came in his patrol van and went directly behind the police chowki and started urinating there. When she confronted him the cop apologized and promised that he will call the IMC and ensure that the place is cleaned. He then quickly got into his patrol van and fled. Incidentally, there is a public toilet just 100 m away from the spot where the cop had urinated.

IMC HEALTH OFFICER SAYS: IMC area health officer Gautam Bhatiya condemned the cop’s act. He said that this was not expected from a government employee. He said had he been present, he would have imposed a spot fine on the cop. He said that IMC and people of the city are trying to keep the city clean so that Indore wins the cleanest city tag for the fourth time, so it was unfortunate that such people were ruining the efforts of others.

SSP says: SSP Ruchi Vardhan Mishra said that she will issue an advisory on this issue.