Senior Congress leader Sajjan Singh Verma said the government is not allowing Kawad yatra in holy month of Sawan, but permitted Scindia's Ashirwad Yatra in which Covid protocols are being violated.

He said the government has not allowed people to take out any religious rally including Kawad Yatra in the holy month of sawan, excusing Covid-19.

“Government has betrayed the people by not allowing for Kawad Yatra, excusing fear of a third wave of Covid-19 but allowing Scindia to gather a crowd of a thousand people and to violate Covid norms which are strictly being imposed on laymen,” Verma said.

He also alleged the district administration is working as the agent of BJP and working on BJP leaders' orders.

City president of Congress Committee Vinay Bakliwal said, “Indore was worst affected by Covid-19 in the country and a large number of deaths had also taken place in the city but the administration mocked the ordeal of people by permitting BJP to take out the yatra.”

He also added that the leader who is taking our ‘Ashirwad Yatra’ is the one who sold people’s vote and democracy to topple Congress government.

“Administration is acting against laymen but not against BJP leaders for violating norms which exposed their double standard,” city congress president alleged. 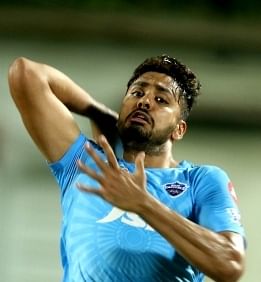