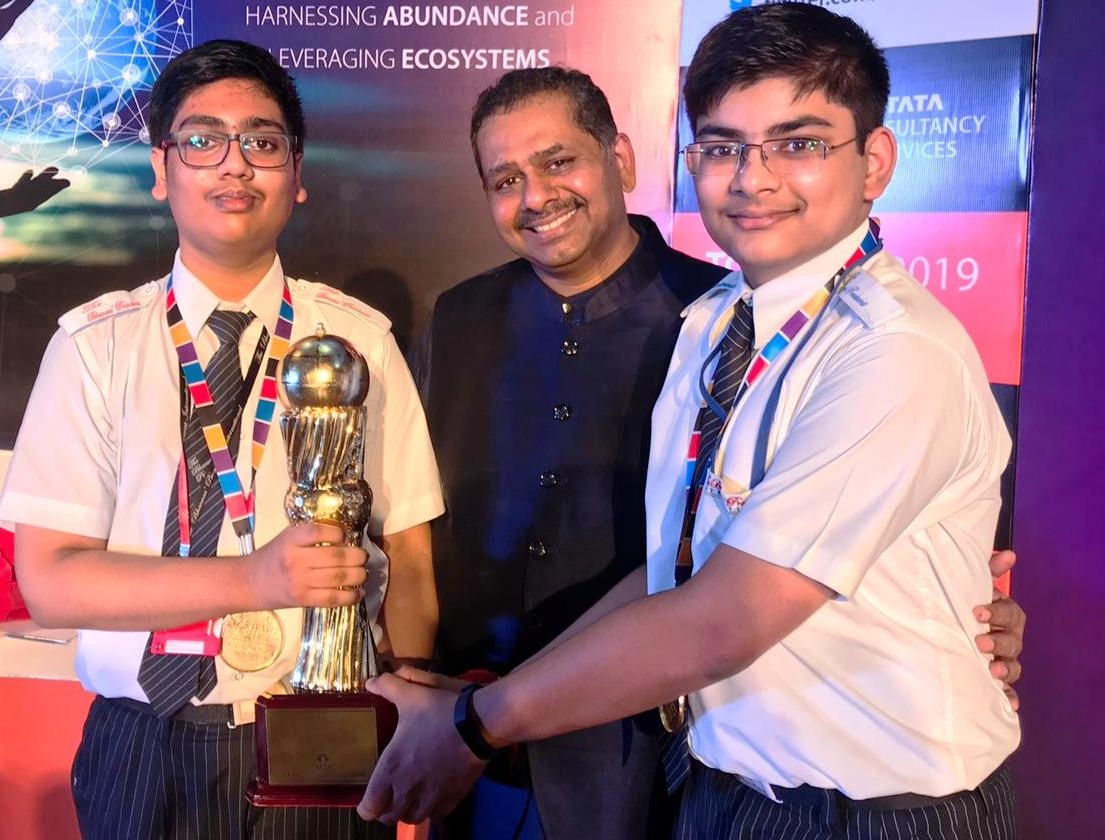 Winners of the quiz Shubh Badonia and Neel Goyal. |

Indore: Students from Indore lead in State IT quiz competition, Shubh Badonia and Neel Goyal, duo from Bhavans Prominent Indore were declared as the winners.

The runners up position was also bagged by Indore’s students Ansh Choudhary and Utsav Singh from Emerald Heights International School.

Over 1200 students representing their schools teams had participated in the championship, hoping to get a chance to compete in finals. The quiz took them through the routines of the prelim with interesting questions from the world of technology.

The final saw the team from Dewas blazing away on the buzzer but for every answer they cracked they got the next one wrong. It left them on a score of zero despite scoring 150 in the first round. The quiz progressed with the youngest team on stage, from Bhavans Prominent, scoring steadily with no fuss or fanfares while the teams from Sagar Public and Emerald International, stayed in the hunt.

St Paul which has won the city round in past could not find their touch in the final this year as Bhavans went on to win while Emerald International finished a credible runner up. The title of state champions passed to Sagar Public School from Bhopal who had been a previous winner at Indore.

The final six schools that made it to the final are as follows: