100% use of solar energy is needed to protect the future. Energy Swaraj Yatra reaches the city.
Staff Reporter 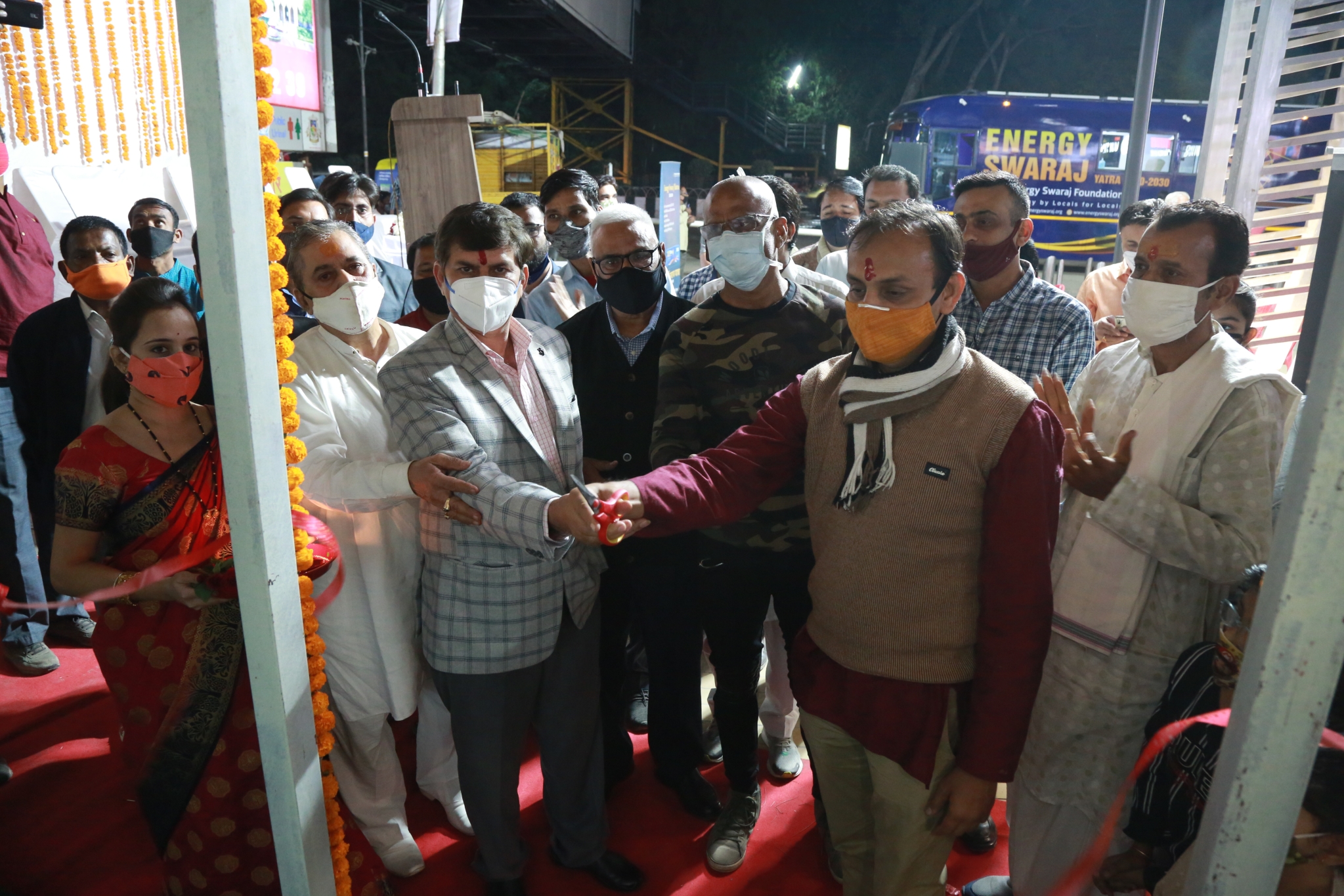 Indore: Professor Dr. Chetan Singh Solanki, Solar Energy brand Ambassador of the State and head of ‘Energy Swaraj Yatra’ has said that that the adoption of solar energy will increase self-sufficiency. Youth should adopt entrepreneurship in solar energy. With this we will be able to
secure our future.

Prof. Dr. Solanki was addressing a function at Chhapan Dukan on Wednesday on reaching the ‘Energy Swaraj Yatra here in the city. He said that if the future is to be protected, then we will have to give up the electricity connection completely and adopt solar energy 100 percent. He said that the situation of the Earth is changing rapidly in the changing environment; the danger of global warming is before us. Solar energy is the only option to avoid this.

Energy Swaraj Yatra, launched through the Energy Swaraj Foundation. The objective of the Yatra is to promote solar energy in the State and to create public awareness among the common citizens.

At the beginning of the program, ADM Ajay Dev Sharma said that there is immense potential for the spread of solar energy in the city.

There is increasing attraction towards the use of solar energy in the city. Efforts are being made to make solar energy more and more popular in the State.

Prof. Solanki is working for 11 years for energy Swaraj Yatra by staying away from his family for public awakening. In the State the Yatra was started by Chief Minister Shivraj Singh Chouhan in Bhopal on November 26.

Prof. Chetan Solanki hails from Khargone district of Indore division. He received his primary education in Indore city. He has done innovation and research on solar energy since last 20 years. The IEEE institution has given an award of 10,000 US dollars to him. He has
been given the Prime Minister Award for Innovation. His work in the field of solar energy is also respected because he coined the term "energy swaraj".

The Energy Swaraj Yatra will run till December 2030. Its purpose is to make people aware of the use and importance of solar energy. The Energy Swaraj Movement has been started with the objective of motivating people to adopt solar energy as a solution by alerting
people towards climate change.