According to DCP (crime) Nimish Agrawal, information was received that the substandard chilli powder was being sold under the name of a branded company in the Pardeshipura area. Acting on a tip-off, the Crime Branch team raided the mentioned house and caught two persons named Shyam Agrawal and Mohit Agrawal from Pardeshipura area.

During the search, the Crime Branch and the Pardeshipura police recovered 11 bags containing red chilli pods weighing about 440 kilograms, 880 packets of a branded company, 440 kilograms of chilli powder, packing machine, grinding machine etc worth Rs 5 lakh were seized from there.

According to the police, the accused allegedly confessed that they were packing the chilli powder under the name of a branded company for six months. They used to procure the packets and the wrappers from other states. The accused were booked under relevant sections at Pardeshipura police station and they are being questioned about their accomplices. Police also believe that the accused used to mix something in the chilli powder to get its original colour. 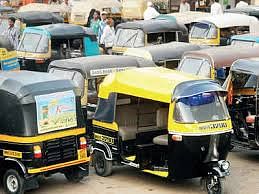