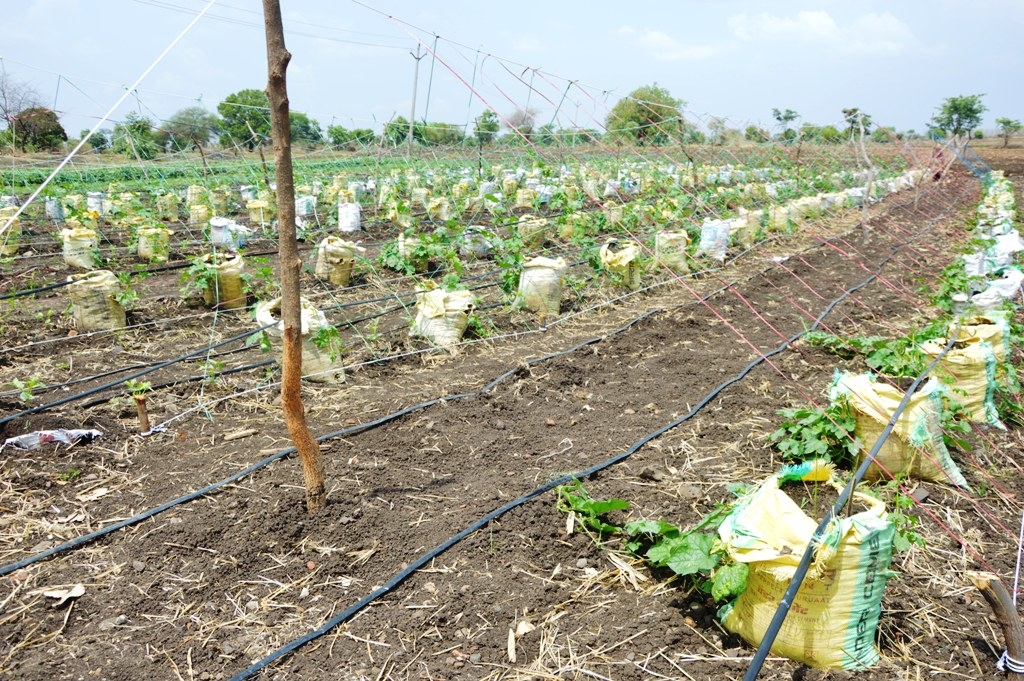 Bhikangaon: Even as majority of farmers in the state are reeling under the impact of lockdown and locust attack, one of the agriculture students from small Kanjhar village set an example before his counterparts in the state.

At present, Thakur who stuck in his village due to lockdown well utilised this three-month and with the help of Jawahar Model, he is currently able to take six different crops simultaneously.

Notably, in a move aimed at doubling the income of small and marginal farmers of the state, the JNKVV, Jabalpur has developed an inter-cropping technique which it has named 'Jawahar Model'.

The model comprises of an inter-cropping technique that shows crop growth and ways to double farm incomes. Using this model, a farmer can opt for inter-crops cultivation after studying the market demand.

Describing how the model changed his fortune, Thakur said he is completely satisfied with the results he is getting after decided to implement a model in his field which normally remained flooded during monsoon season and sometime even after monsoon.

"What I'd learnt in the classroom, I'd practically implemented here and I'm very much satisfied with the outcome," Thakur said.

"I've yet to get final outcome, but the way all six different crops growing together, I'm hoping better results compared to solely dependent on a single crop," he added.

Thakur added that he made some changes in the model as every region has its unique identity and feature and based on that we have to make some minor changes in the model. Quoting an example of his own field, Thakur said his field have water logging problem. So he decided to use empty cement plastic bags. He filled this bags with soil and sown the seeds in this bags.

He prepared 800 bags mixed with soil and plant residues for his one acre land and sown chilli, coriander, turnip, beans, lady finger and sponge gourd.

Thakur, who is currently pursuing PG, said that his family spend huge amount on his education and as result of that, his family who earlier owns five acre land have to mortgage four acre land to get money for his education. Now he wanted to earn much as possible from the land he had and get back his remaining four-acre land.

Ravindra's father Jeevan Singh Thakur informed that previous year he saw soybean, but due to water logging, he did not get good harvest. But this time, hopefully his hard work and his son's brain could pay a rich dividend to them.

JNKVV principal scientist Dr Moni Thomas said, "MP is home to 65 per cent small and marginal farmers, which can work wonders for the Jawahar Model."

"Under the model, farmers have been shown techniques to harvest bumper deep rooted crop like arhar (pigeon pea) as well as shallow rooted crops, which include turmeric, ginger, onion, tomato, green coriander, garlic and chilli. They fetch good prices," he said.

Through the model, attempts have been made to address constraints faced by farmers in cultivation, including poor soil and resources as well as lack of irrigation facilities, Dr Thomas informed, stressing the model suggests how to tide over the issue of less or more rainfall.