Festival co-host and popular author William Dalrymple hosted a riveting history-meets-what if session titled Akbar and Dara, where the audience was given a tantalising lesson on the life of the Mughal prince who people believed embodied the values showcased by Akbar and Jahangir If the Zee Jaipur Literary Fest is the IPL of literary festivals, then a session hosted by William Dalrymple is the Mumbai Indians vs Chennai Super Kings of the fiesta, one of the most-awaited matches.

Last year’s Jaipur Literature Festival missed the most desi Scot around and his first session was testament to what we were missing. Festival co-host and popular author William Dalrymple hosted a riveting history-meets-what if session titled Akbar and Dara, where the audience was given a tantalising lesson on the life of the Mughal prince who people believed embodied the values showcased by Akbar and Jahangir.

The session saw Dalrymple in a conversation with author Supriya Gandhi (The Emperor Who Never Was) and journalist and author Manimugdha Sharma (Allahu Akbar: Understanding the Great Mughal in Today's India). Before we get into the session, it’s important to understand Dara’s unique place in Indian history. Dara Shikoh or Shukoh – for the uninitiated – was Akbar’s great-grandson who was bumped off by Aurangzeb. In fact, a few historians state, that in a gore-ish Game of Thrones tribute, Aurangzeb sent a jailed Shah Jahan Dara's head on a platter.

Dara’s traits – which some are tempted to label liberal or secular – has made a lot of historians wonder how things would’ve panned out if he had been on the throne instead of Aurangzeb. He is also widely popular with those who find common ground with the current dispensation and is often hailed as an example of a ‘good Muslim’.

The Quran, for example, referred to a hidden book or the kitab makun. While the Quran doesn't identify such a book, Dara Shukoh declared that it was the Upanishads.

Of course, it’s extremely anachronistic to shove modern woke labels upon historical figures and this was the running theme of the discussion, particularly against the backdrop of the current political scenario – where the idea of a Hindu rashtra can no longer be chalked up to fear-mongering.

William Dalyrmple started the session by noting how biographies of historical figures were extremely rare 10 years ago. Supriya Gandhi added that it was Dalrymple’s lament about the lack of biographies that helped prompt her to write the book about Dara, noting that history would always be lops-sided. Or as the old African proverb goes: “Until the lion learns to write, every story will glorify the hunter.” She bemoaned the desire to try and fit everyone into comfortable black-and-white labels, noting that history was too absolutist.

Manimugdha Sharma for his part explained that his desire to write about Akbar was stirred by the current political climate and the ruling dispensation’s obsession with the past.

In fact, in 2016 Shaina NC – in an act of overcompensation – went on to compare Akbar to Hitler and wrote: "#AkbarRoad should be renamed to Maharana #Pratap Marg. Imagine #Hitler Road in #Israel ! No country honours its oppressors like we do!!”

Dismissing the notion, Sharma notes that Akbar’s relationship with the Rajputs is very different from what’s portrayed in this day and age. He even noted that Akbar was even hailed as an avatar of Lord Ram and called Kaushalya (Ram’s mother) Putra.

Akbar’s trusted general Man Singh was bestowed with the title of mansabdar of 7,000 (one who commanded 7,000 men).

He also rejected the tyrant claims pointing out Akbar set a precedent by entering into marital alliances -- something hitherto unseen amongst Mughal rulers.

It’s only when the Mughals started losing that the Rajputs started to erase the bits about their history.

Dara modelled himself on Akbar and Jahangir.

Dara and Aurangzeb are often held up as studies in contrast but Supriya Gandhi states that Aurangzeb was different as a prince (than the image he had as a ruler), while Dara tends to be over-romanticised. 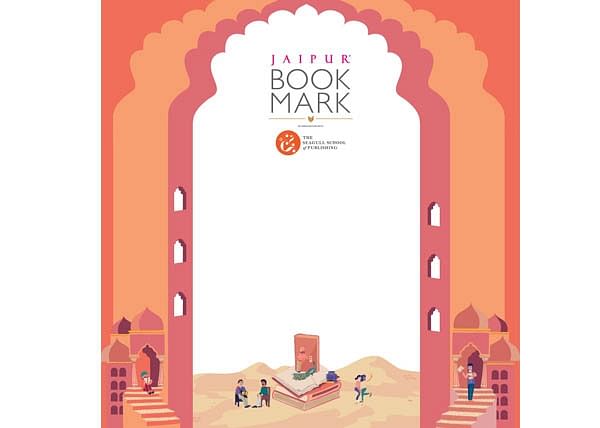 Manimugdha Sharma notes that it is now hard for the public to understand beyond simple black and white, more so in the current political climate. He explains that while the average Hindu in modern India would never hail Aurangzeb, the average Muslim will shy away from doing so, lest he be called a bigot. He noted how former rulers like Tipu Sultan vacillated between hero and villain depending on the regime in power.

Religion and politics will always remain intertwined, and while Allah-u-Akbar means God is Great, it could also be read as Akbar is Allah! He notes the similarity with BJP supporters who raise ‘Har Har Modi’ chants, supplanting Modi’s name instead of Mahadev. The funniest moment was of a hilarious anecdote when the legendary king wanted to prove he was equally valiant as the brave Rajputs. During a rambunctious session, upon hearing that Rajputs would fight each other after putting a spear through each other, Akbar put a sword on the wall and tried to run into it, before being stopped by Man Singh.

The entire session was a reminder of not only the perils of typecasting characters from history, but the futility of trying to define historical figures based on modern standards.