‘Your job is not to trouble us’: Passengers slam BJP MP Pragya Thakur for delaying flight; watch video 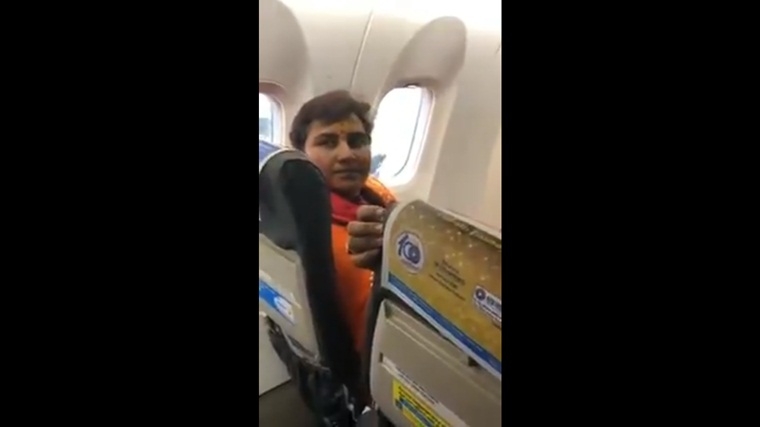 An argument broke out between BJP MP Pragya Thakur and other people on board over the allotment of the seat during a Delhi to Bhopal Spicejet flight recently.

In a video that has emerged from the incident, people can be seen confronting the BJP MP and reminding her that she is people's representative and her job is not to "trouble them". As the arguments escalate, Thakur is heard saying: "I said it at the beginning itself -- show me your rulebook -- If I don't feel comfortable, I will go."

To this, a man tells her, "You are people's representative. Your job is not to trouble us. You should come by the next flight." The BJP MP then argues that why would she be going when there is "no first class, no facilities", only to get a retort from him that "first class is not her right." "You should have that moral compass that even if one person is getting troubled because of you, you should own up because you are the leader. You are not ashamed that you have held 50 people at ransom," the man tells her. 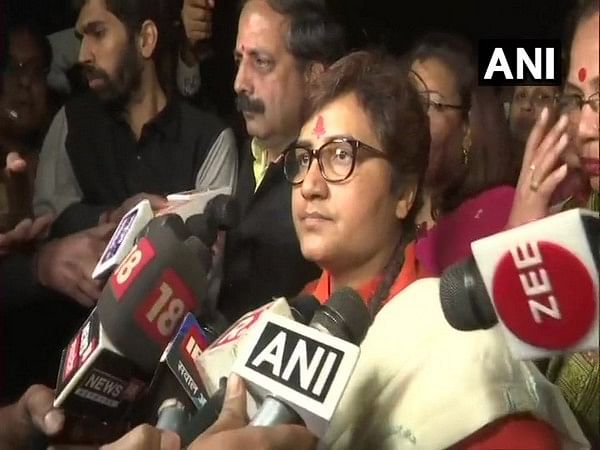 'Thakur came on wheelchair unannounced and delayed the flight': SpiceJet on Pragya Thakur's...

Pragya Thakur complains about the language used, to which he replied, "I am using absolutely correct language." BJP MP Pragya Thakur had filed a complaint with the Bhopal Airport Director alleging that she was not allotted the seat that she had booked in a Spicejet flight and the conduct of the airline crew with her was not right. Air carrier SpiceJet on Sunday issued a clarification over the accusation levied on its crew by BJP lawmaker Pragya Thakur, who had alleged misconduct and non-allotment of booked seats to on a flight to her constituency Bhopal.

SpiceJet in its clarification said that the Thakur was not allowed to sit on the pre-allotted seat as rules do not allow a 'passenger on wheelchairs' to be seated in the emergency row due to safety reasons. "SpiceJet had the privilege to have Pragya Thakur on board SpiceJet flight SG 2498 (Delhi-Bhopal) on December 21. She had pre-booked seat 1A and had come to the airport in her own wheelchair. The Delhi-Bhopal flight is operated by Bombardier Q400 aircraft (78 seats). On this aircraft, the first row is the emergency row seat and is not allocated to passengers on wheelchairs," the statement by SpiceJet read.