Will we need a third COVID-19 vaccine shot? Here's what AIIMS chief Dr Randeep Guleria has to say 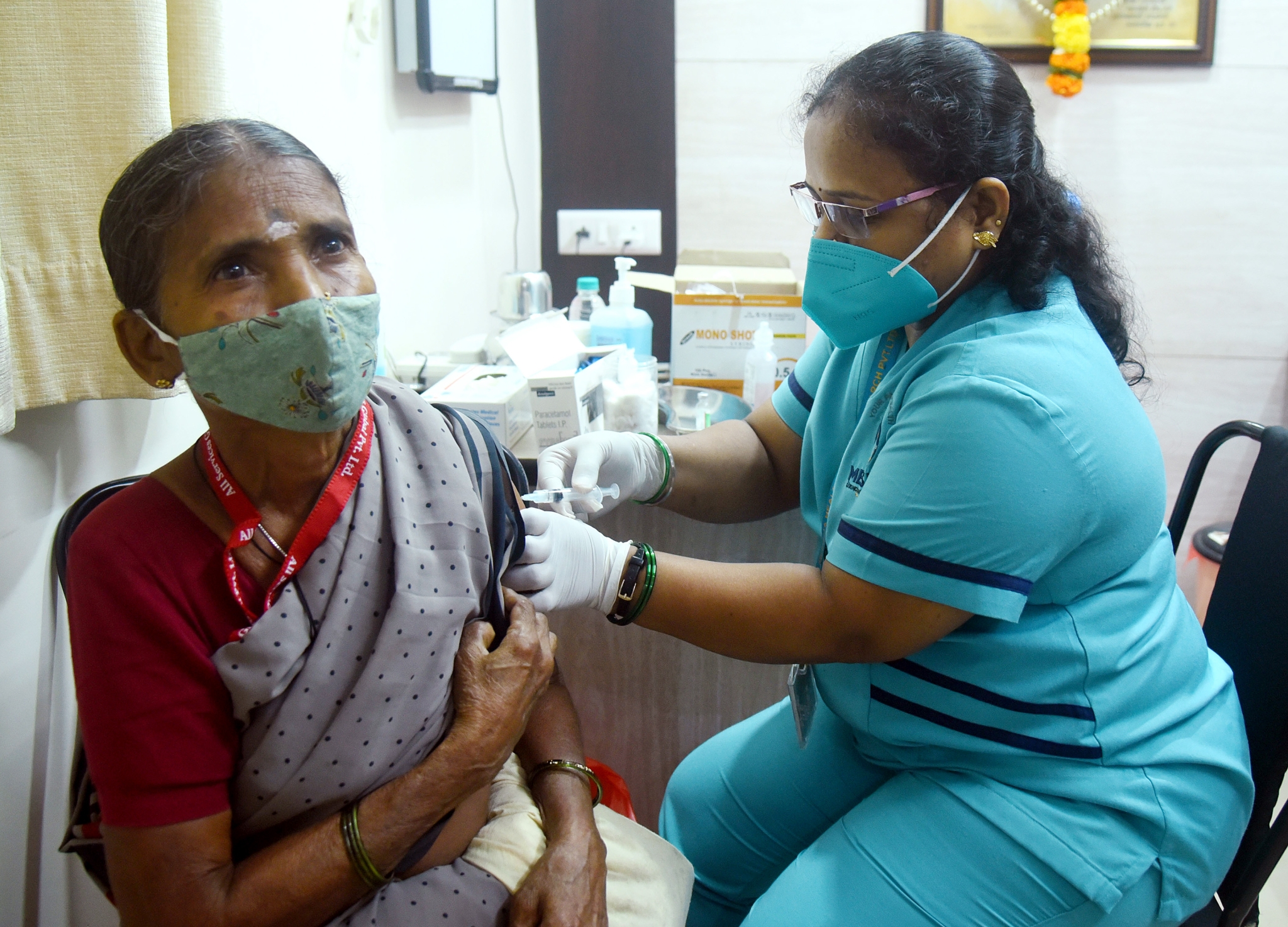 Maharashtra, Aug 21 (ANI): A porter receives a dose of the COVID-19 vaccine during a special vaccination drive for porters at Borivali, in Mumbai on Saturday. | (ANI Photo)

India does not have enough data on the need for a third COVID-19 vaccine shot, also known as a booster shot, to increase protection against the coronavirus, said AIIMS Director Dr Randeep Guleria on Saturday. More information is expected to be available by early next year, he said, reports NDTV.

Many countries, including the United States, United Kingdom and Israel are administering a third ‘booster’ dose of vaccines for higher levels of protective antibodies in people. The shots are given about 6 months after the second dose of the vaccine. However, global bodies such as the WHO have slammed the move, pointing to the vaccine inequity in many developing nations, who are still reliant on other nations for the protective jab.

“I don’t think we have enough data right now to say that a booster shot is needed. Even for elderly and high-risk groups, we do not have enough data. We really need to have data that gives us an idea of the protection levels the vaccines provide," he said, NDTV reports.

According to him, more research is needed, and it will likely take a few more months for that to emerge. As a result, India can only decide whether or not to give a booster shot once the data indicates that the vaccine has reached its “waning point," he added.

“Globally, we are seeing that people who have been vaccinated continue to have protection from severe disease and they are not seeing a huge surge in people getting admitted to hospitals. In India too," he said.

A booster dose of the COVID-19 vaccine is also being prepared by the UK government for millions of vulnerable Britons who have already received two doses of the vaccine.