Will not spare Ajay Mishra, continue our struggle till he is sent to jail: Rahul Gandhi on Lakhimpur Kheri violence case 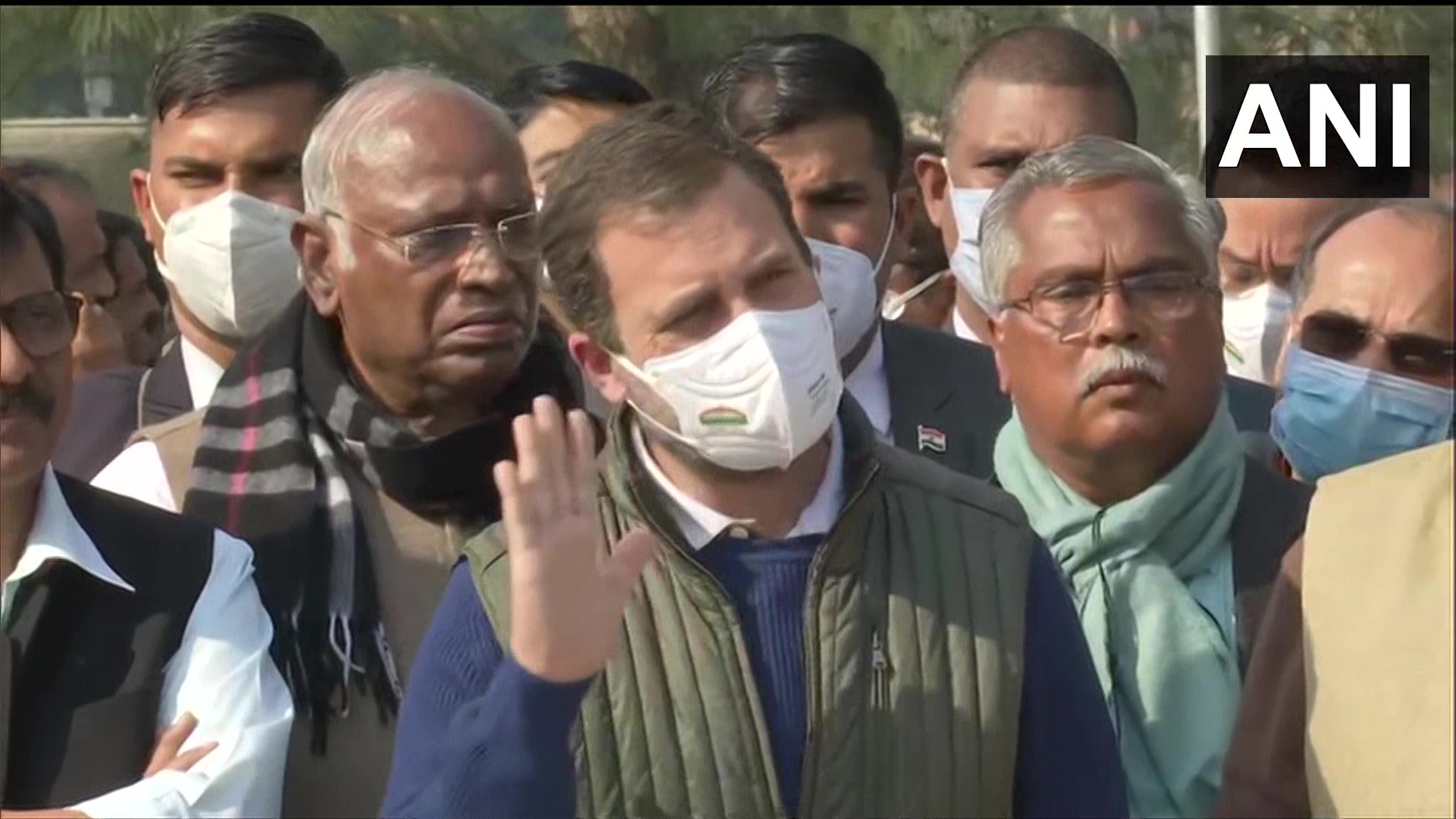 Opposition leaders on Tuesday took out a protest march here demanding that action be taken against Union Minister Ajay Mishra in the Lakhimpur Kheri violence case, with Congress leader Rahul Gandhi saying they will not rest till the minister is sent to jail.

Talking to reporters at Vijay Chowk, Gandhi said the entire opposition was united in raising its demand for the sacking of Minister Mishra.

Referring to the SIT report on the violence, Gandhi said a report has come out that it was a conspiracy and not an isolated incident.

"We will not spare him (Ajay Mishra) and continue our struggle till he is sent to jail," Gandhi told reporters.

"The prime minister has not done anything on this. Neither the government nor the media is doing its job," he charged.

"The prime minister on the one hand apologises to farmers, but on the other hand he keeps the minister who is involved in Lakhimpur Kheri incident in his cabinet. We will not accept what is being done against farmers," Gandhi said.

Opposition leaders said they will continue to raise the demand even if many more of their MPs are suspended.

Leaders of several opposition parties took out the march from Gandhi statue inside Parliament complex to Vijay Chowk demanding that the minister, whose son has been arrested in the Lakhimpur violence case, be immediately sacked.

They also demanded that the suspension of their 12 MPs be immediately revoked. MPs of various parties raised slogans against the government and held placards and banners demanding the immediate sacking of the minister.