HomeIndiaWho is Rahul Rajput and why is he being mentioned with the Tanishq ad?

Who is Rahul Rajput and why is he being mentioned with the Tanishq ad?

The ad shared across social media platforms, shows a Hindu woman, married into a Muslim family, all set for her baby shower.

An 18-year-old Rahul Rajput was beaten to death last week, by the kin of a girl with whom the deceased was friendly.

The Delhi Police on Saturday appealed to the general public not to give the incident any communal colour as the arrests in the case have already been done.

On Monday, Tata Group's jewellery brand Tanishq came under fire for its latest advertisement with a narrative around interfaith marriage.

The video shared across social media platforms, shows a Hindu woman, married into a Muslim family, all set for her baby shower.

Her in-laws decide to replicate all the traditions as per Hindu customs.

As per a description by Tanishq, “She is married into a family that loves her like their own child. Only for her, they go out of their way to celebrate an occasion that they usually don’t. A beautiful confluence of two different religions, traditions, cultures.”

However, the advertisement didn’t sit well with a section of Twitter, many touting it as ‘love jihad’.

A section of netizens even compared Rajput's death and the advertisement on social media platforms. 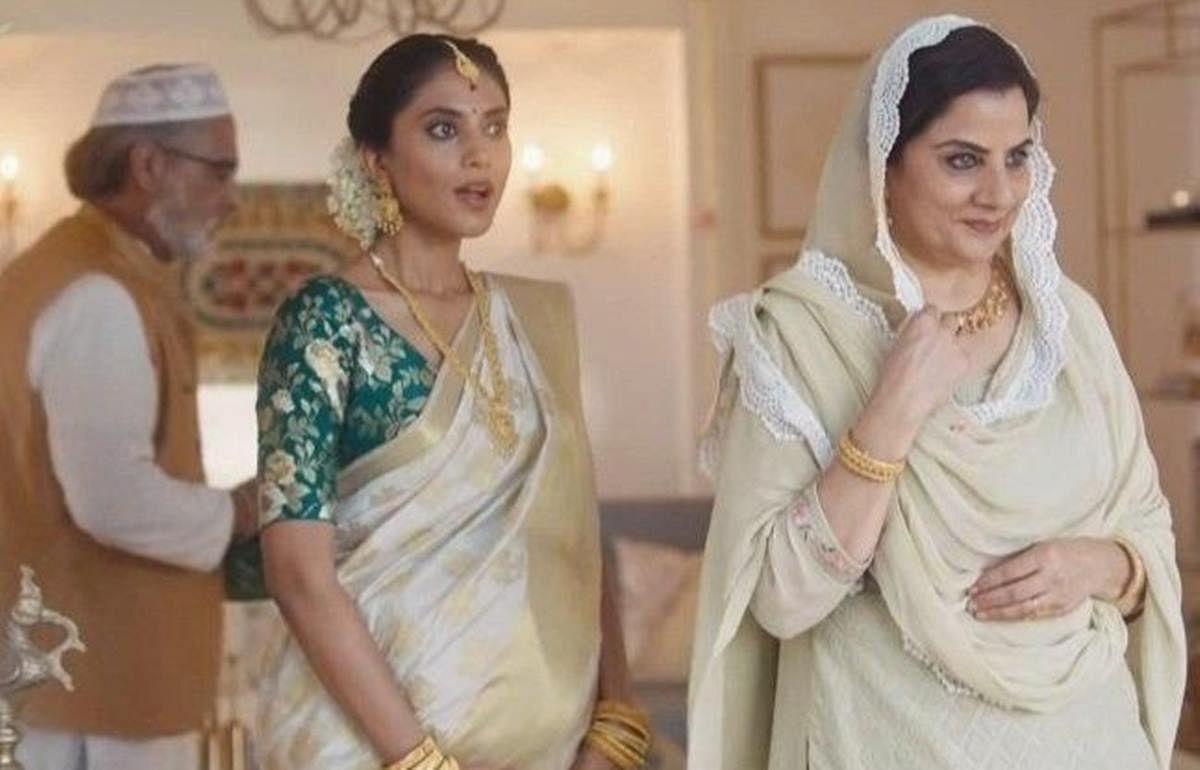 "The incident happened on October 7; we got a call from Babu Jagjivan Ram Hospital that a boy has been brought in an unconscious condition who later succumbed to his injuries. The victim was having friendship with a girl in Jahangirpuri and the kin of the girl have thrashed Rahul after which he collapsed. In this case Mohammad Raj and Manwar Hussain have been arrested. Three juveniles have also been apprehended," said Vijayanta Arya, DCP North West.

Rahul was a tuition teacher and he taught students at home. He was a second-year student of Bachelor of Arts. He is said to have died due to severe internal injuries and spleen rupture.

Recalling the incident, the deceased's uncle Raju Nagar said, "When we reached the spot, we saw Rahul was being beaten up. The woman was also at the spot. We didn't know who these men were and why they were beating him up. In fact, it was the woman who identified the accused persons and also told police about them. She even tried to stop the fight and save Rahul." Rajput's mother Renuka said her son was good in studies and wanted to become an IAS officer.

"During the lockdown, he said he wanted to teach kids. So, he started teaching students privately at home. I was not even at home when the incident took place. My son knew the woman and they used to speak to each other. But I never knew that something like this would happen with my son," she said.

"Rahul was talented and quite passionate about painting. He was so good at it that he could make a portrait in 10 minutes," Nagar said.

As politicians and media started gathering at the victim's house, the Delhi Police cautioned against giving the incident a communal colour as the accused and victim belong to different communities.

"We appeal not to give the incident a different colour so that the law and order is not disturbed in the city. This was a matter between the two families in which the victim died. The arrests and apprehension in the case have already been done," the officer added.

A case was registered under section 302 (murder) and 34 (acts done by several persons in furtherance of common intention) of the Indian Penal Code based on a statement of an uncle of the deceased, police said.

Read Also
Why is Charlie Hebdo trending on Twitter and how is it related to the Tanishq ad?