The TMC leader, dressed in a white saree, was seen wrapping the pakora and serving it to the people.

In a viral video on social media, the TMC leader, dressed in a white saree, was seen wrapping the pakora and serving it to the people. The CM, was earlier seen pouring tea in a similar incident on social media. Though with her security, she stopped by a stall and served the food item.

"To get the Central funds for the 100-day job scheme under MGNREGA scheme is our right. I personally met the Prime Minister and spoke to him in the matter. Will I have to touch his feet now? The Union government will have to pay our dues at any cost. Else the positions of power have to be vacated," the Chief Minister said while addressing the birth anniversary celebration of iconic tribal freedom fighter, Birsa Munda at Jhargram on Tuesday afternoon.

Opposition seeks CBI probe and audit in implementation of MNREGA

Incidentally, Leader of the Opposition in West Bengal assembly, Suvendu Adhikari has filed a public interest litigation seeking a CBI probe and an audit by the CAG in the implementation of MGNREGA scheme in the state.

Without directly referring to that development, the Chief Minister said that some leaders from West Bengal are constantly appealing to the Union government so that the Central funds to the state government are blocked.

"What do they want? Do they want to conspire with the Union government to keep the people of West Bengal starved? I would request the people of the tribal community to hit the streets with bows, arrows and traditional musical instruments in protest," the Chief Minister said.

Centre is also not providing the funds for the housing schemes

Speaking on the occasion, the Chief Minister said that besides MGNREGA, the Union government is also not providing the funds for the housing schemes.

Reacting to the chief minister's statements, BJP national vice-president and party's Lok Sabha member, Dilip Ghosh said that it has been over 11 years that Mamata Banerjee has become the chief minister. "So, what she had been doing for so many years. Actually, these are lame excuses on her part as she had understood that the tribal vote bank is slowly moving away from Trinamool Congress," said Ghosh. 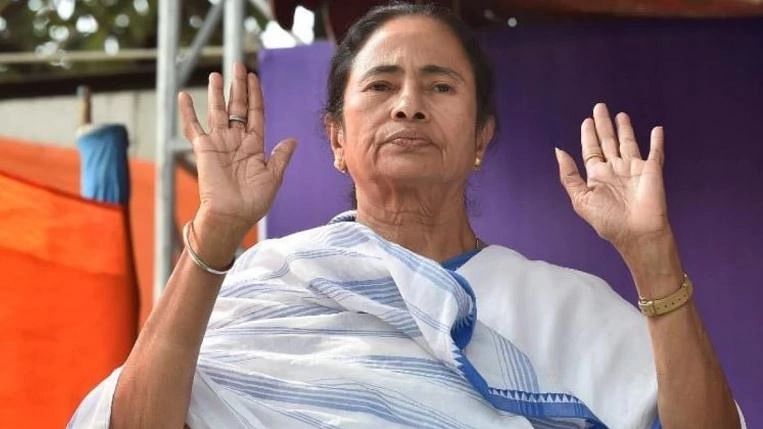