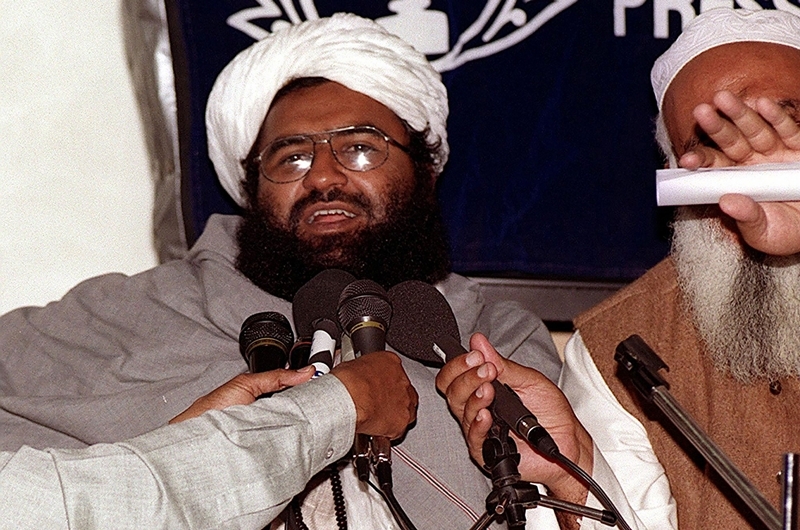 In its reaction, the External Affairs Ministry, without naming China, said the UN’s 1267 Sanctions Committee was not able to come to a decision on the proposal to list Azhar on account of a member country placing the proposal on hold. The proposal was a fourth such bid at the UN in the last 10 years to list Azhar as a global terrorist. China has been blocking the moves. The External Affairs Ministry said India will continue to pursue all available avenues to ensure that leaders of terror groups involved in heinous attacks on Indian citizens are brought to justice.

“We are disappointed by this outcome. This has prevented action by the international community to designate the leader of Jaish-e-Mohammed (JeM), a proscribed and active terrorist organisation which has claimed responsibility for the terrorist attack in Jammu and Kashmir on February 14,” the MEA said. The proposal to designate Azhar under the 1267 Al Qaeda Sanctions Committee of the UN Security Council was moved by France, the UK and the US on February 27, nearly two weeks after the Pulwama terror attack in which 40 CRPF personnel were killed. The JeM had claimed responsibility for the attack.

“We are grateful for the efforts of the Member States who moved the designation proposal and the unprecedented number of all other Security Council members as well as non-members who joined as co-sponsors. We will continue to pursue all available avenues to ensure that terrorist leaders who are involved in heinous attacks on our citizens are brought to justice,” the MEA said. The Al Qaeda Sanctions Committee members had 10 working days to raise any objections to the proposal. China put a hold on the proposal just before the deadline to raise any objection to the move was coming to an end.

An inkling of China’s stand on the issue came during its Foreign Ministry Spokesperson Lu Kang’s press conferences on Monday and Wednesday in Beijing when he was asked about the proposal to list Azhar as a global terrorist by the UNSC. In 2009, India moved a proposal by itself to designate Azhar. In 2016, India again  moved the proposal with the P3 — the United States, the United Kingdom and France — in the UN’s 1267 Sanctions Committee to ban Azhar, also the mastermind of the attack on the air base in Pathankot in January, 2016. In 2017, the P3 nations moved a similar proposal again. However, on all occasions China, a veto-wielding permanent member of the UN Security Council, blocked the proposals from being adopted by the Sanctions Committee.