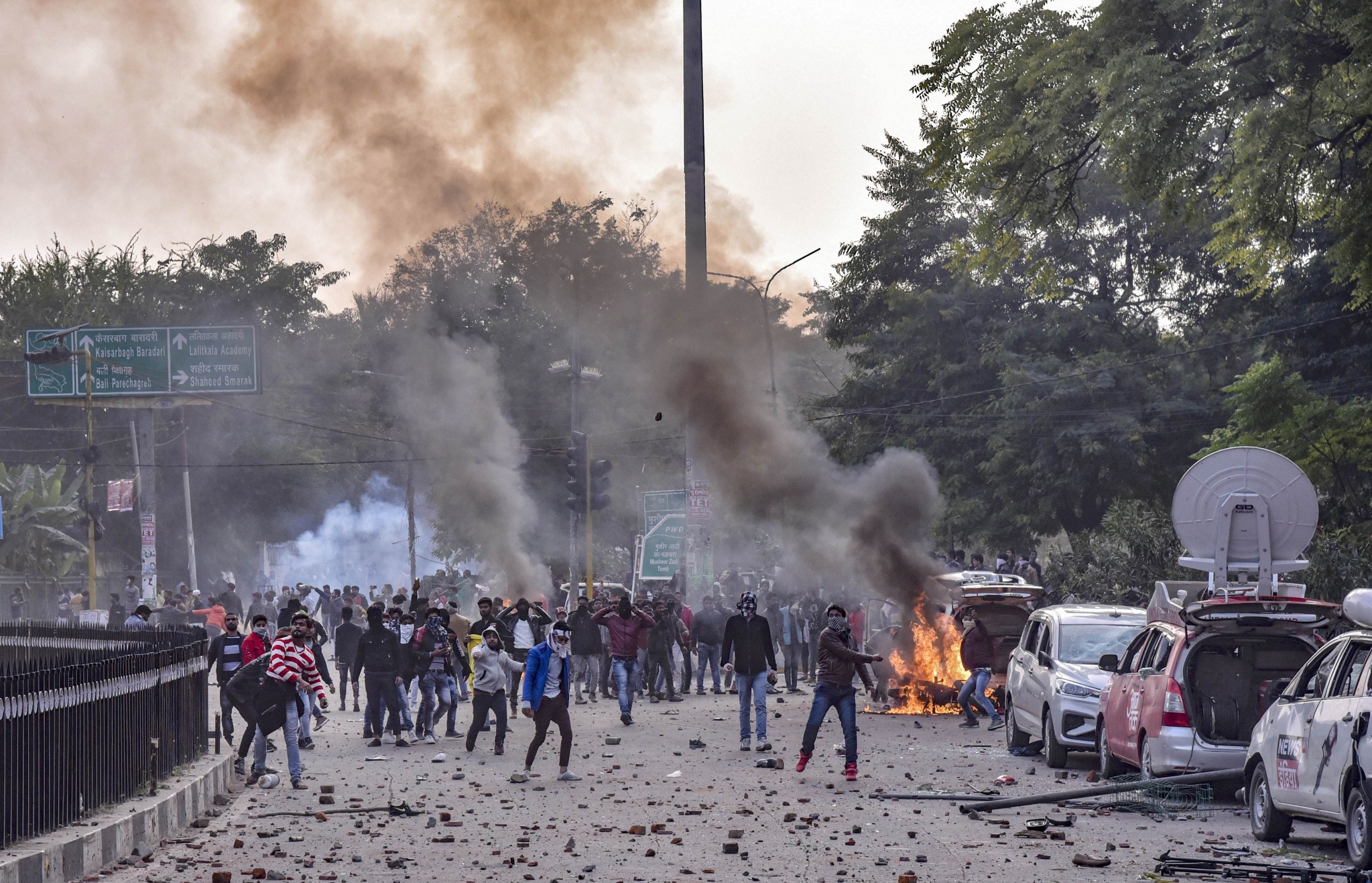 Protestors pelt stones at police personnel after their clash during a rally against NRC and amended Citizenship Act, at Parivartan Chowk in Lucknow, Thursday, Dec. 19, 2019 | Photo: PTI

Lucknow: Uttar Pradesh Chief Minister Yogi Adityanath said on Thursday his government will take "revenge" on those involved in the violence over the amended Citizenship Act by auctioning their property to compensate for the losses.

"There is no place for violence in a democracy. In the name of opposing the CAA, the Congress, SP and Left parties have pushed the entire country to fire.

"There was violence in Lucknow and Sambhal and we will deal with it strictly. All properties of those involved in damaging public assets will be seized and auctioned to compensate for the losses," he said.

"They have been captured in video and CCTV footage. We will take 'badla' (revenge) on them," Adityanath said.

He added that prohibitory orders under section 144 of the CrPC has been in force in the state since November 8 and no demonstration can take place without permission.

"Violence in the name of demonstration is not acceptable. I have talked to the officers and will ensure that the common man does not have any problem. We will strictly deal with those involved in violence," the chief minister said.

He alleged that opposition is creating confusion on CAA as it was sidelined and ignored by the people.

"The CAA its is not against any religion or section of society. It will ensure safety and help refugees from the other countries," Adityanath contended.