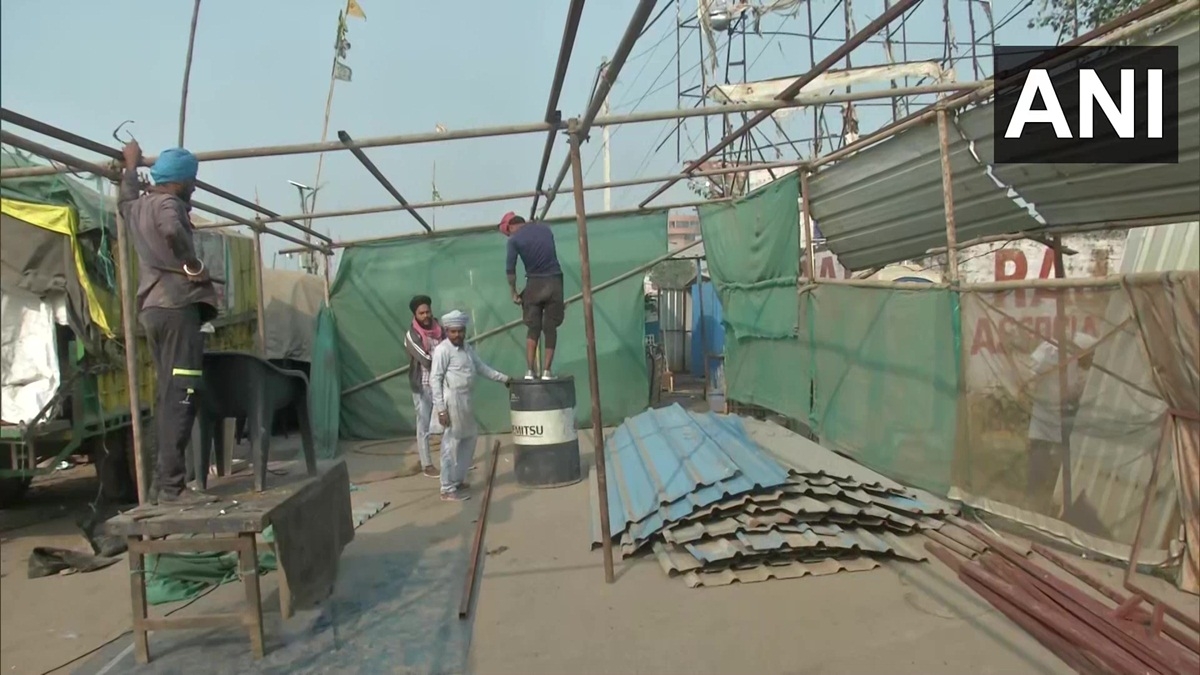 The farmers organisations have ended their over year-long agitation after the Centre on Thursday handed over a revised proposal as demanded. This was announced by the Samyukta Kisan Morcha at Singhu border on Thursday.

The farmers have said, they will vacate the Delhi borders on Saturday (December 11) and will meet on January 15.

"We have decided to suspend our agitation. We will hold a review meeting on January 15. If government doesn't fulfill its promises, we could resume our agitation," Farmer leader Gurnam Singh Charuni

Meanwhile, farmers on Thursday have started removing tents from their protest site on the Singhu border in Delhi.

According NDTV, the Centre on Thursday handed over a revised proposal to the farmers as demanded indicating an end to over year-old agitation against the contentious farm laws.

Soon after this, the Samyukta Kisan Morcha (SKM), the umbrella body of the farmers' union spearheading the protests, huddled into a meeting to chart out future course of action.

Following the revocation of the law, the Centre had come up with a proposal which was accepted by the farmers. Based on their demand, the Centre has come out with the same in writing.

Earlier on Thursday, the Samyukt Kisan Morcha (SKM) Committee's member Ashok Dhawale said that a decision regarding withdrawing the farmer's agitation would be taken in the meeting today, after discussing the new draft proposal received from the government.

He added that the new draft proposal received from the government will be discussed in the meeting of Samyukt Kisan Morcha (SKM) today.

"The new draft proposal received from the government will be discussed in the meeting of Samyukt Kisan Morcha (SKM) today. Accordingly, the SKM will take a decision (regarding withdrawing the agitation)," said Ashok Dhawale, a member of SKM's five-member committee.

On November 19, Prime Minister Narendra Modi announced that the Centre will bring necessary bills in the winter session of Parliament beginning later this month to repeal the farm laws.

The Prime Minister also said that the government will constitute a committee to work on a new framework for Minimum Support Price (MSP).

The SKM called off a planned tractor march to Parliament on November 29 and said that it would wait until December 4 for the Union government to formally respond to its demands, which it had stated in an open letter to the Prime Minister.

Farmers have been protesting against the farm laws on various borders of Delhi since November 26, 2020.