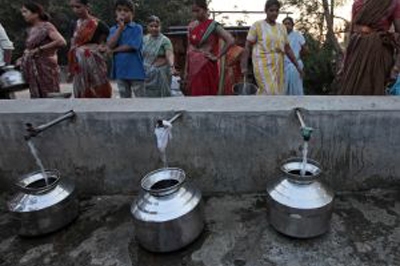 Recalling her previous measures like rain water harvesting scheme and New Veeranam Scheme aimed at fulfilling drinking water needs of Chennai, she said due to such efforts the ground water table has improved.Stating that Chennai had 280 water resources like lakes, which play a big role in fulfilling the drinking water needs of the city, she said such resources have been affected due to factors including urbanisation.

“A Sustained Drinking water Resource Protection Movement will be launched to protect and develop water resources and ensure fulfillment of the future drinking water needs of Chennai,” she said.Under the plan, rainwater harvesting structures will be set up in large residential premises, government buildings and schools and colleges.

Pilot projects will be implemented aimed at augmenting drinking water amenities and strengthening water resources at an estimated cost of Rs.five crore. Also, at a cost of Rs 195.94 crore, four Combined Drinking Water Schemes will be implemented in districts including Cuddalore and Nagapattinam benefiting 4,09,000 people, she said.

Steps to promote non-motorised transportation like walking and cycling will be implemented in Tiruchirappalli, Coimbatore and Tirupur corporation areas in the first phase, and under the initiative amenities like bicycle sharing, exclusive bay for cycles will be created at an estimated cost of Rs 50 crore.

“This year, in 10 municipalities and 214 town panchayats, Combined Solid Waste Management works will be taken up at an estimated cost of Rs 69 crore,” she said. As part of efforts aimed at decongesting traffic, a combined overbridge will replace two railway level crossings in North Chennai. The bridge would come up on Ennore And Manali roads at a cost of Rs 117.47 crore and the facility would have LED lighting.