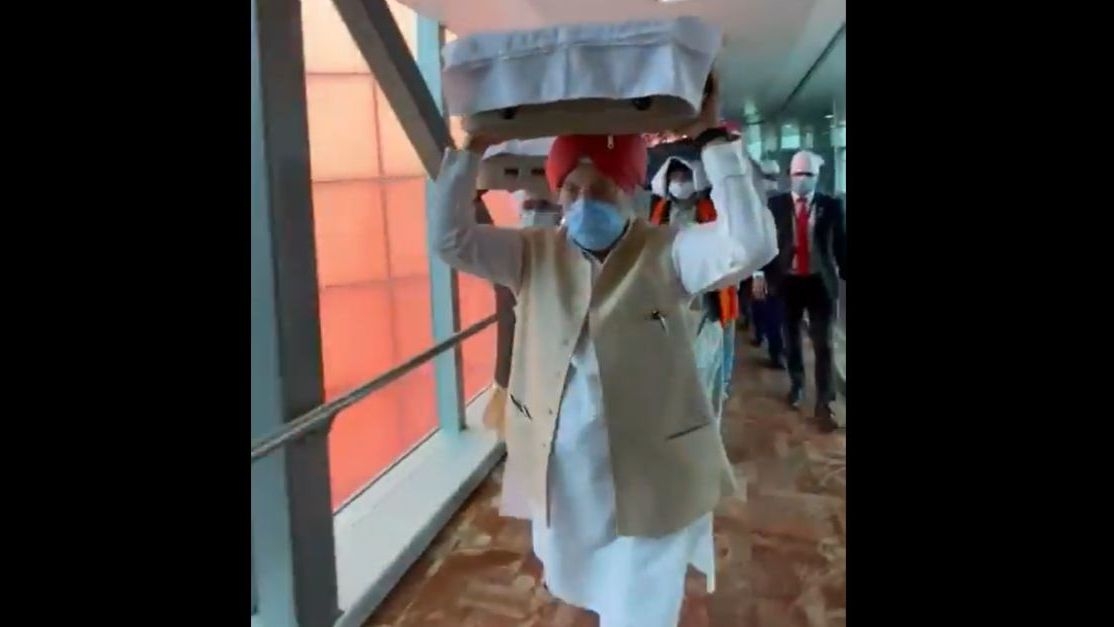 As evacuations continue from Afghanistan, Union Minister Hardeep Singh Puri, MoS V Muraleedharan and BJP leader RP Singh on Tuesday received the swaroop of Shri Guru Granth Sahib at Delhi airport. Visuals shared by the Minister of Petroleum and Natural Gas show the trio bearing the packed boxes atop their head and walking through the airport.

The Guru Granth Sahib is the central religious scripture of Sikhism. A 'swaroop' is essentially a copy of the holy book. The original copy is believed to be in the possession of the Sodhi family of Kartarpur village, and is placed at Gurdwara Thum Sahib.

The three Guru Granth Sahib 'swaroops' were brought to India on a flight from Kabul. As the Taliban took over Afghanistan earlier this month, thousands have converged at Kabul airport in an attempt to leave the country. Countries from around the globe are now working frantically to extricate their citizens as the situation grows increasingly tense.

Earlier today, an Air India flight carrying 78 passengers, including 25 Indian citizens had taken off for New Delhi from Tajikistan's Dushanbe. The evacuees were flown in from Kabul on an Air Force plane, and visuals showed them shouting slogans like 'Wahe Guru ki Khalsa, Wahe Guru ki Fateh' for a safe return from Afghanistan. Earlier, Indian authorities on Monday evacuated 75 Sikhs amid the deteriorating situation in war-torn Afghanistan.