Watch Video: Over 40,000 people affected in Cachar district due to Assam floods

The floodwaters have submerged 2099.6 hectares of cropland in the district.

Cachar: The situation in Assam's Cachar district continues to remain grim with over 41,000 people in the district affected by the current wave of floods.

According to the Assam State Disaster Management Authority (ASDMA), 41,037 people in 138 villages of the district have been affected and 1,685 flood-affected people have taken shelter in relief camps that were set up by the district administration.

The floodwaters have submerged 2099.6 hectares of cropland in the district.

According to the ASDMA, three people including a child from the Cachar district have been missing since Sunday.

SDRF, Fire and Emergency Services, and district administration are engaged in rescue operations in different parts of the district.

According to ASDMA, 3 people incl a child from the Cachar district are missing since yesterday. SDRF, Fire & Emergency services and district admin engaged in rescue operations pic.twitter.com/x5VI12OIPZ

Meanwhile, the flood situation in the Kampur area in Assam's Nagaon district worsened after the floodwaters of the Kopili river submerged several villages and cropland.

The Kopili river is flowing above the danger level mark and has crossed its previous Highest Flood Level of 61.79 meters (20/7/2004).

Meanwhile, around 57,000 people across seven districts of Assam have been affected by the current spell of floods, according to an official statement.

The data also shows that nearly 222 villages under 15 revenue circles have been affected in this wave of flood and around 10321.44 hectares of cultivated land is submerged under floodwaters. Three people including a child have died during this natural calamity in Assam. 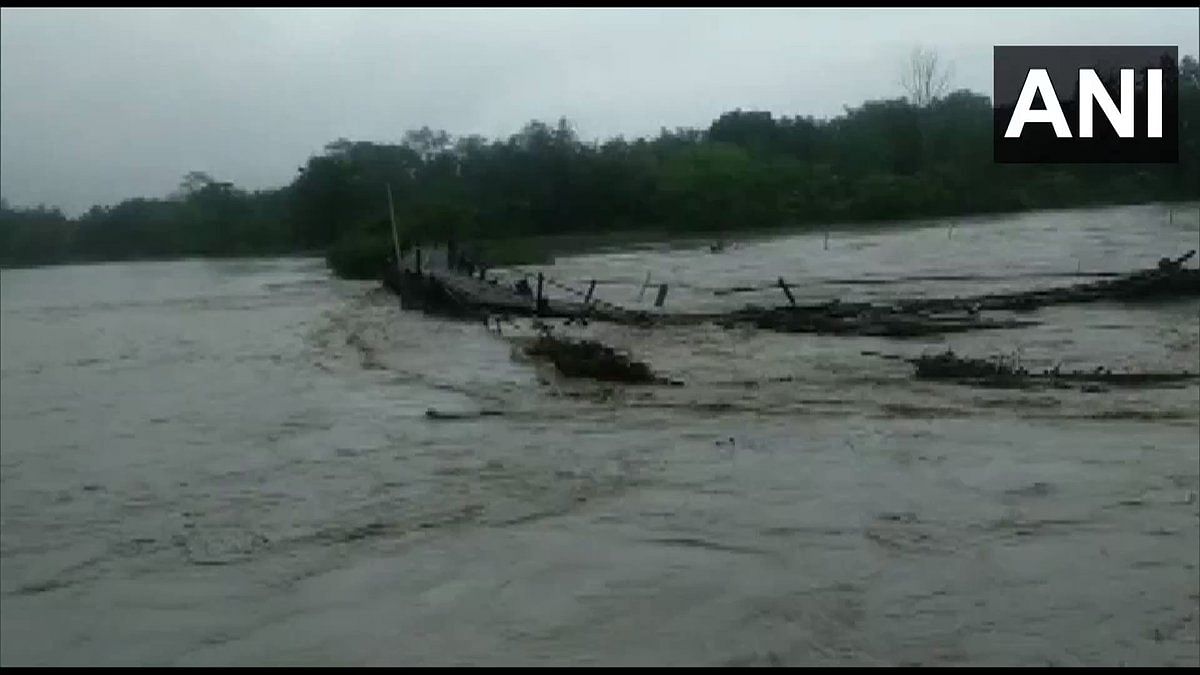 HomeIndiaWatch Video: Over 40,000 people affected in Cachar district due to Assam floods