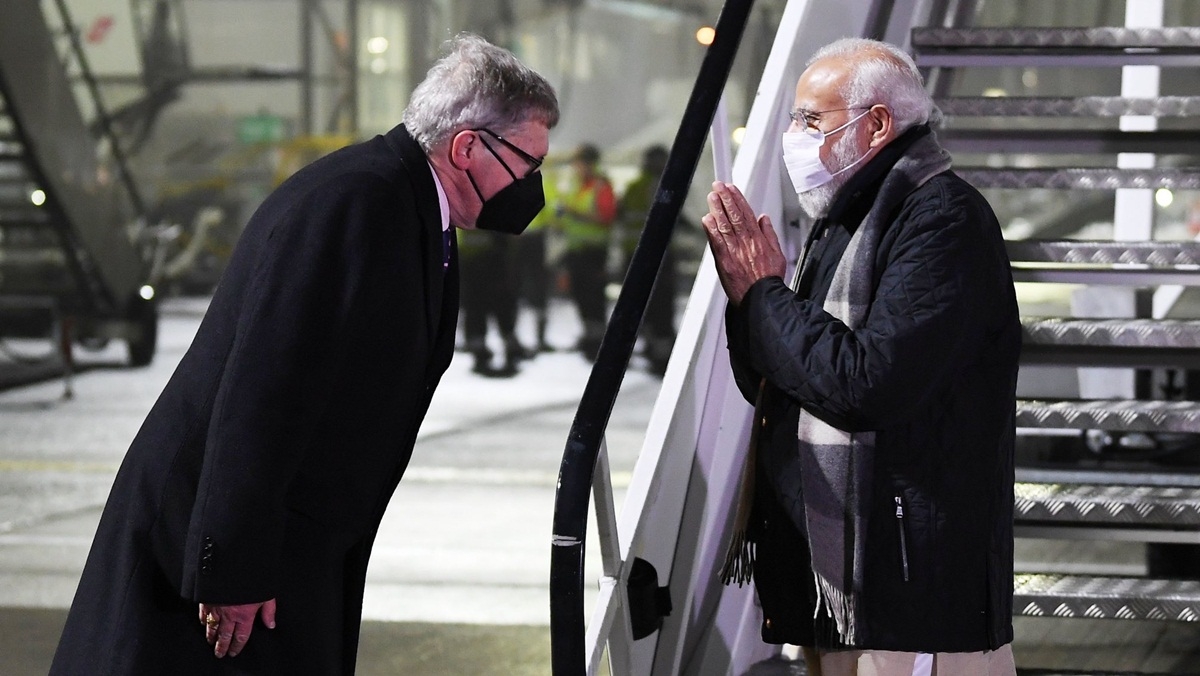 Prime Minister Narendra Modi on Sunday (local time) was greeted with cheering and singing of "Modi Hai Bharat Ka Gehna" as he arrived at a hotel in Glasgow.

He is on a two-day visit to participate in the crucial 26th session of the Conference of Parties (COP-26). PM Modi also interacted with a child from the Indian community present at the hotel.

COP-26 is being held from October 31 to November 12 under the Presidency of the UK partnering with Italy.

Prime Minister Narendra Modi arrived in Glasgow on Sunday for the COP26 climate summit and bilateral talks with British Prime Minister Boris Johnson on the sidelines of the United Nations (UN) meet.

"Landed in Glasgow. Will be joining the COP26 Summit, where I look forward to working with other world leaders on mitigating climate change and articulating India's efforts in this regard," PM Modi said on Twitter.

The Prime Minister was received to the tune of Scottish bagpipes as he arrived at his hotel in Glasgow, where he was greeted by a large group of Indian diaspora representatives with chants of "Bharat Mata Ki Jai".

"Leaving for Glasgow after a fruitful G20 Summit in Rome. During the Summit, we were able to have elaborate deliberations on issues of global importance such as fighting the pandemic, improving health infrastructure, boosting economic cooperation and furthering innovation," PM Modi said in an earlier tweet.

The Prime Minister, who flew into Glasgow from the G20 Summit in Italy, is scheduled to begin the UK leg of his European tour with a meeting with community leaders and Indologists based in Scotland on Monday morning.