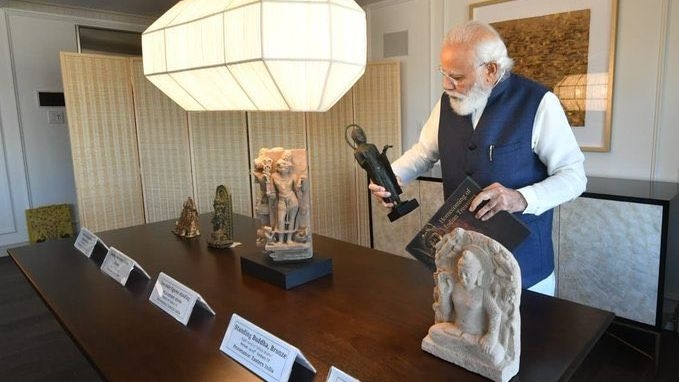 New York: The Indian government has thanked the New York District Attorney office for its "excellent support" in returning over 150 antiquities to the country and appreciated its role to enhance the Indo-US people-to-people links and cultural understanding through restitution of the precious artefacts.

Prime Minister Narendra Modi brought back 157 artefacts and antiquities, which were handed over to India by the US during his visit, with both he and President Joe Biden expressing commitment to strengthening efforts to combat theft, illicit trade and trafficking of cultural objects. 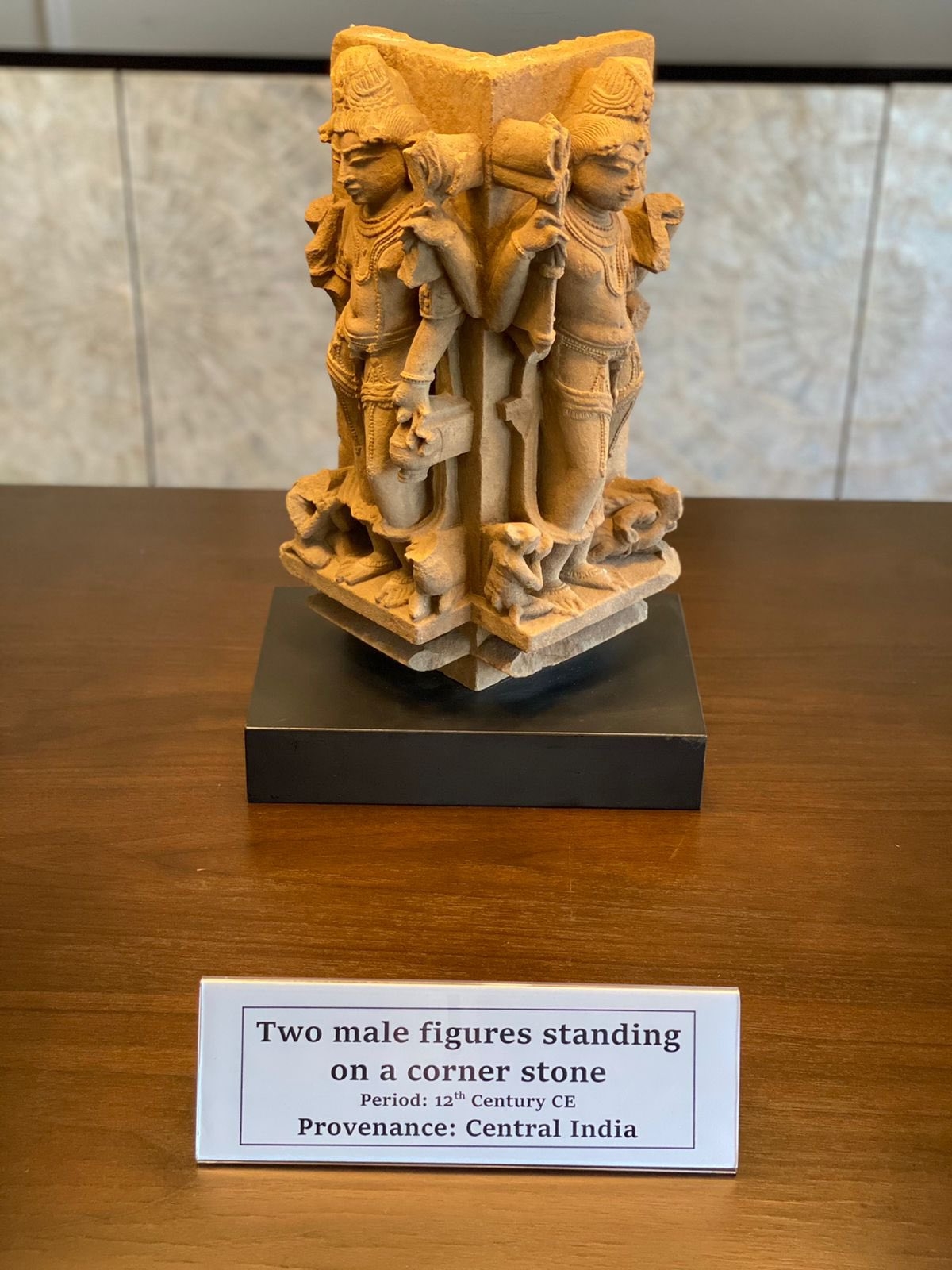 While nearly half of the artefacts (71) are cultural, the other half consists of figurines related to Hinduism (60), Buddhism (16) and Jainism (9), an official statement said on Saturday.

Modi conveyed his deep appreciation for the repatriation of antiquities to India by the United States. 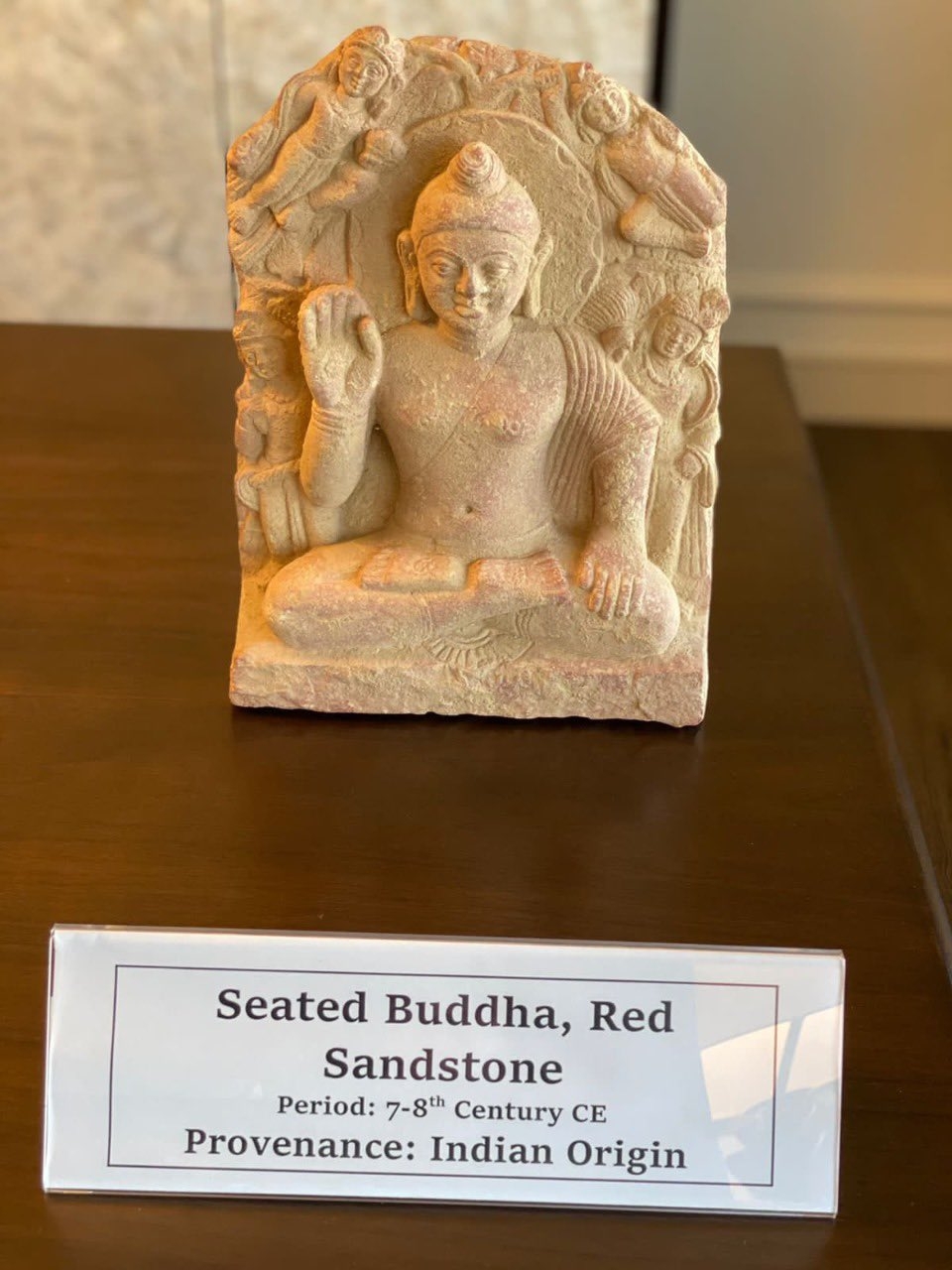 "@IndiainNewYork deeply appreciates the role played by the Office of District Attorney of New York @ManhattanDA to enhance India-US people-to-people links & cultural understanding through restitution of #antiquities," the Consulate General of India tweeted on Sunday. 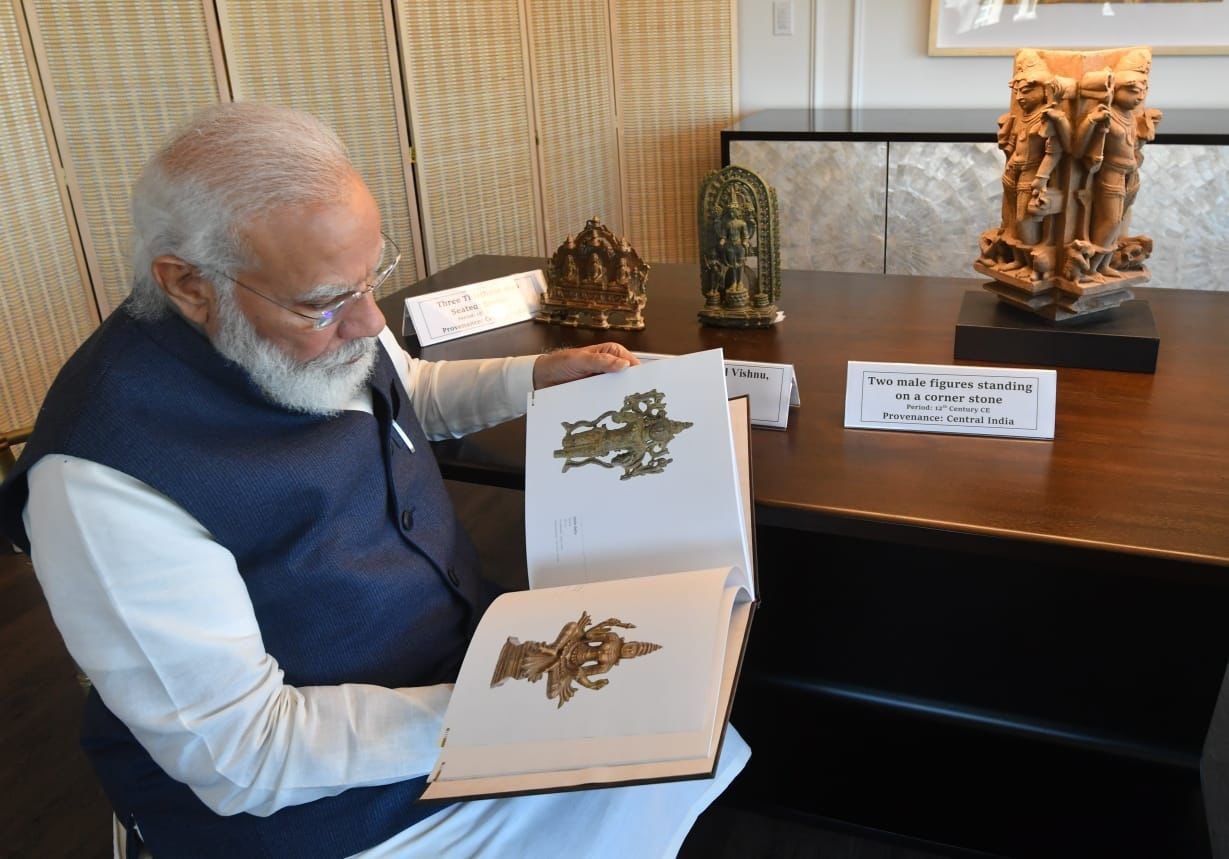 "On behalf of the Govt of India, @IndiainNewYork profusely thanks the Office of District Attorney of #NewYork County @ManhattanDA & its restitution team for their excellent support in return of #antiquities to #India. Look forward to their continued support," it said.

The list of 157 artefacts includes a diverse set of items ranging from the one-and-a-half metre bas relief panel of Revanta in sandstone of the 10th CE to the 8.5 cm tall, exquisite bronze Nataraja from the 12th CE.

The items largely belong to 11th-14th CE and historic antiquities like copper anthropomorphic object of 2000 BC or terracotta vase from 2nd CE. Some 45 antiquities belong to BCE. Half of artefacts are cultural, other half are figurines relating to Hinduism, Buddhism and Jainism. The artefacts and antiquities are made up of metal, stone & terracotta.

As per a reply given in the recent session of Parliament, 75% of India's stolen heritage was returned during the seven years of the Narendra Modi government. In a written reply to Rajya Sabha, Union Minister of Culture and Tourism G Kishan Reddy had said that a total of 54 antiquities have been retrieved from foreign countries till date since 1976.

Speaking later, Union Minister said "It is a matter of pride that we have been able to retrieve many of our stolen heritage objects from abroad. The number of antiquities recovered in the last seven years is the highest ever. Since 2014, India has repatriated 41 heritage objects back to India which is more than 75 per cent of the total objects returned. 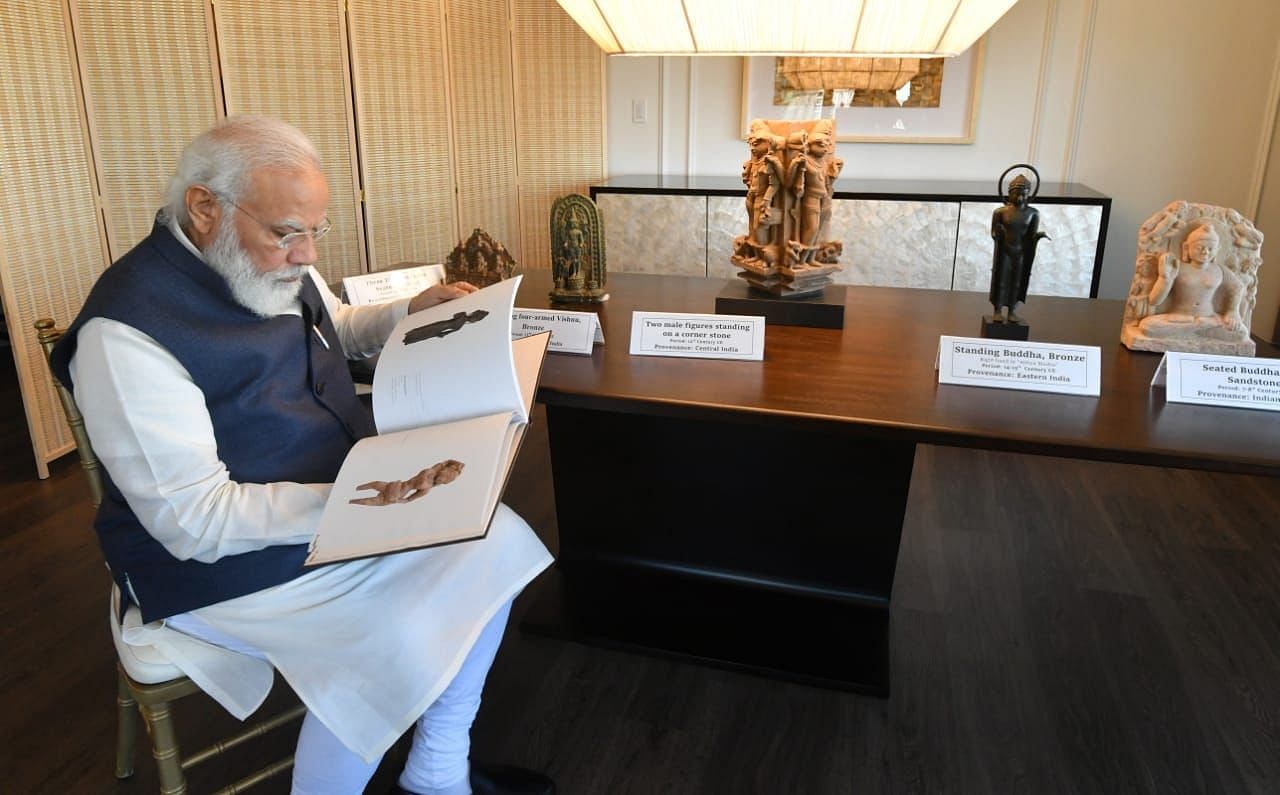 PM Modi to bring home 157 artefacts, antiquities handed over to him by US; check out pictures