Watch Video: 'I feel like crying...Everything is finished,' Afghanistan MP breaks down after landing in India from Kabul 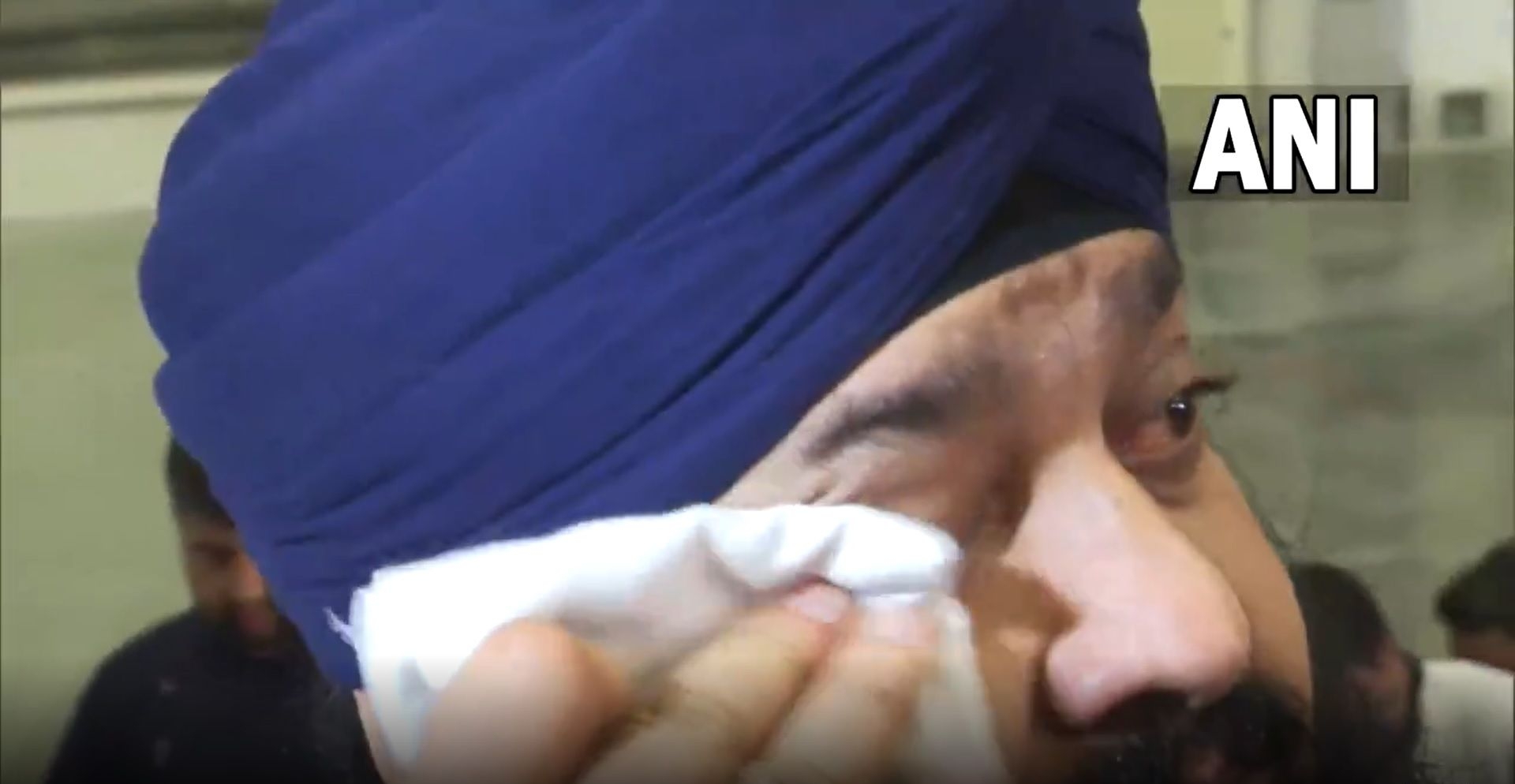 An Afghan parliamentarian who was evacuated from Kabul broke down after landing at Ghaziabad's Hindon air force base early on Sunday.

A visibly anguished MP Narender Singh Khalsa had to frequently wipe away his tears as he talked to reporters and told that "everything is now finished." "I feel like crying...Everything that was built in the last 20 years is now finished. It's zero now," he said when a reporter asked him about how he feels after being forced to leave his country.

The Sikh parliamentarian was among the 168 evacuees, including 23 Afghan Sikhs and Hindus onboard IAF's C-17 Globemaster aircraft that took off from Kabul airport earlier today.

The Afghanistan MP further said that at least 200 Hindu Sikhs are stranded in the war-torn country.

"The situation is worrisome. But religious places are safe as of now," he added.Khalsa also said, "The Taliban is troubling MPs, senators and others by conducting searches in their homes and seizing guns and vehicles." Earlier he had put out a video in which he thanked Prime Minister Narendra Modi and the Indian government for rescuing people from Afghanistan, which was taken over by the Taliban a week ago. He expressed extreme gratitude to the government for safely evacuating him and others to India amid a situation of crisis.

An Afghan woman who was among the evacuees said that situation was worrisome in her country.

"Situation was deteriorating in Afghanistan, so I came here with my daughter and two grandchildren. Our Indian brothers and sisters came to our rescue. They (Taliban) burnt down my house. I thank India for helping us," she said.

Several others also thanked the Indian government for conducting timely evacuation of people.

There was visible joy and relief on the faces of people who arrived from Afghanistan.

Among the evacuees were several children and an infant too. "An infant has also landed in a special IAF flight to India without a passport," an evacuation co-ordinating official told ANI.

The IAF aircraft took off from Afghanistan's Kabul earlier this morning with 168 people including 107 Indian nationals onboard.

The passengers were COVID-19 RT-PCR test at the airport.

According to government sources, India has been allowed to operate two flights per day from Kabul to evacuate its nationals stranded in Afghanistan.

The permission was granted by American and North Atlantic Treaty Organization (NATO) forces which have been controlling operations of the Hamid Karzai International Airport after the Afghan capital fell to the Taliban on August 15 after President Ashraf Ghani fled the country.

Countries have been urgently evacuating their citizens from the war-torn nation as tens of thousands of people attempt to flee the country. The Kabul airport is witnessing nowadays a heavy chaos due to instability in the region.

The Ministry of External Affairs (MEA) has said the government is committed to the safe return of all Indian nationals from Afghanistan. Evacuation from Afghanistan: Amid deteriorating situation in Kabul, India brings back close to 400...