As Congress General Secretary Priyanka Gandhi Vadra on Friday reached Goa to campaign for her party ahead of the assembly elections in 2022, the leader had some fun time with the people there.

Priyanka Gandhi, during her day-long tour to the coastal state also interacted with tribal women.

"With the strong and confident women of the Morpirla. These women have been instrumental in the environmental conservation and preservation of greenery in Goa," she said.

Priyanka Gandhi has always met people during her visits and connected with them to understand the problems, issues faced by them.

With an aim to woo women voters in Goa and to consolidate the party's vote bank, Priyanka Gandhi Vadra promised 30 per cent reservation in jobs for women if her party is voted to power in the upcoming assembly polls in Goa.

Addressing a women convention "Priyadarshini" in Aquem, Priyanka said, "Goa is a known tourism destination. Tourists from across the world come to Goa. However, during the pandemic, the state government did not help people involved in the tourism sector. The Congress party would reserve 30 per cent employment for women if Congress party is voted to power in the upcoming assembly polls in Goa."

Attacking the BJP government over the rise in cases of crimes against women, the Congress leader said, "Ever since the BJP government came to power, the crime rate against women is on the surge. If a case of sexual assault against women is reported, the BJP questions and blames the victim. If Congress comes to power, it would set up a police station in every taluk in Goa and deploy the maximum number of women personnel in the police station." She also assured to solve issues like water scarcity and unemployment in Goa. 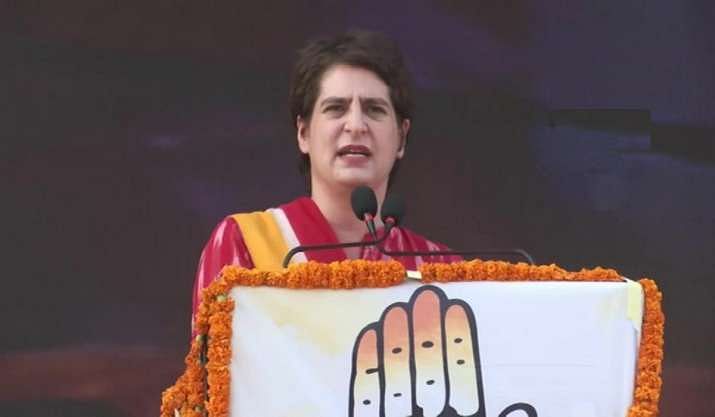