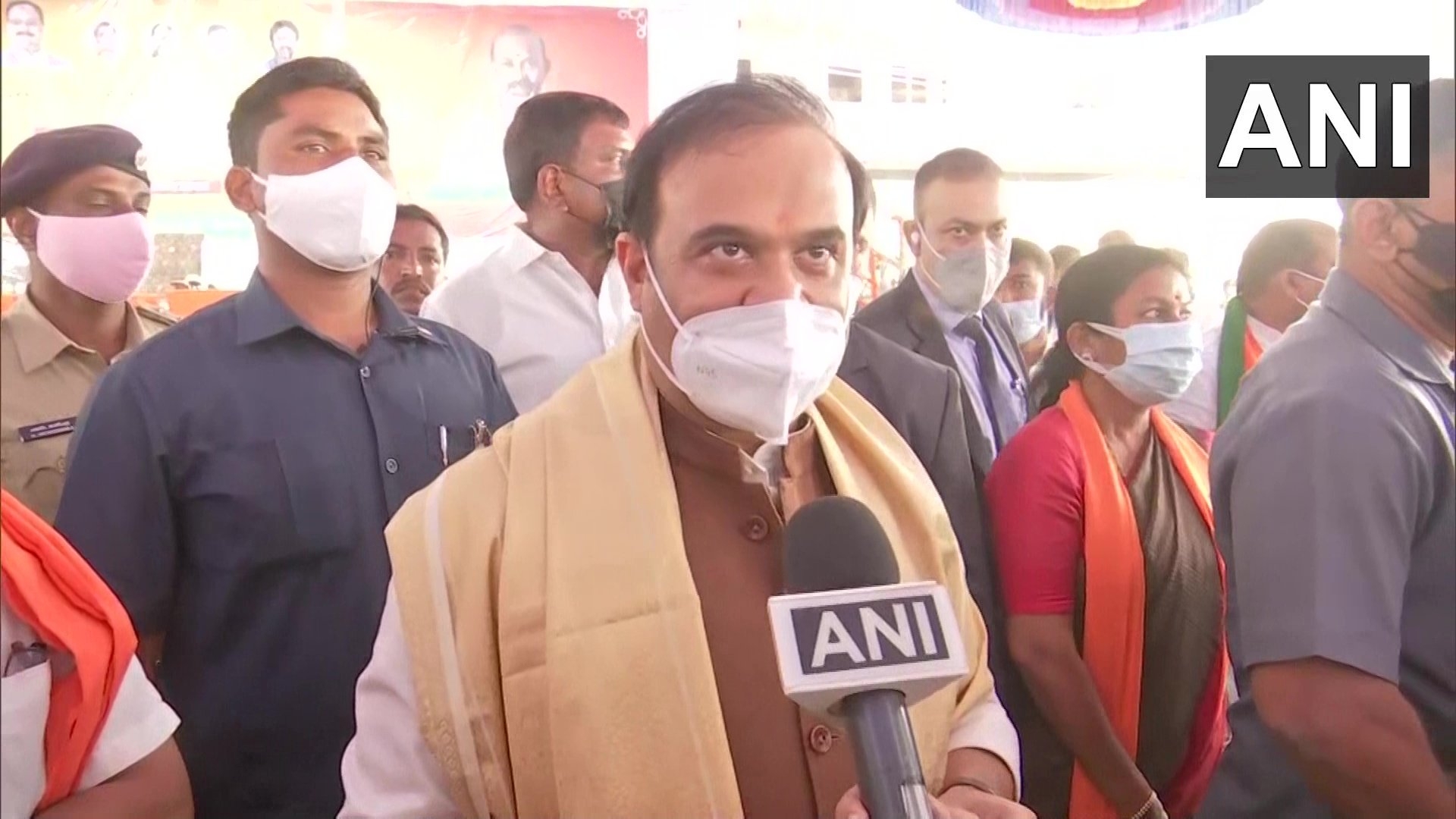 Warangal: Assam Chief Minister Himanta Biswa Sarma on Sunday hit out at AIMIM chief Asaduddin Owaisi in Telangana and said that the day is not far when Owaisi's name along with Nizam's name will be forgotten forever in the same manner as Article 370 was scrapped in Jammu and Kashmir.

Addressing a program in Warangal in support of teachers and unemployed youth, the Assam Chief Minister said, "The way Article 370 was scrapped, Ram Mandir's construction began...here also Nizam's name, Owaisi's name will be forgotten forever...that day is not very far." Sarma said that the history of India says that Babur, Aurangzeb, and Nizam cannot live long.

"The history of India says that Babur, Aurangzeb, and Nizam cannot live long. I am sure that the legacy of Nizam will come to a complete halt and a new culture based on Indian civilization will emerge," said Himanta Biswa.

He further said that people believe in Prime Minister Narendra Modi, and they want to make Telangana a new state.

"The love and support of people inspire me to come again in Hyderabad. I will come back in 2023 when the BJP government will take oath in the state. People have belief that with the support of PM Modi they will make a new state," said the BJP leader.

Sarma said that from May 1 to May 10 Assam government will give jobs to one lakh people as promised by Prime Minister Narendra Modi during the election campaign.

Slamming the Telangana Chief Minister K Chandrashekar Rao for not providing jobs to the people in the state, he said, "My state is a small state. Telangana's GDP is 9 lakh crore and Assam's GDP is 3.5 lakh crore. But we are working much more than Telangana. During the election campaign, our BJP leaders said that in one-year our government will give one lakh employment to the people in Assam, but people forget after the election like KCR forget his promise of giving two lakhs jobs. Today I am saying to KCR he should watch the news and see that from May 1 to May 10 I will give jobs to one lakh people in Assam. We will fulfill our promise." "Whenever a dictator becomes Chief Minister or Prime Minister, an emergency-like situation arises in the country... We have to keep fighting and it will result in the creation of a new Telangana. Dictatorship will not work here," he added.

Taking to Twitter he had earlier said that the people of Telangana are fed up with the misrule of the TRS government and are yearning for a change.

"The enthusiastic reception at Hyderabad proved how the people of Telangana are fed up with the misrule of TRS government and are yearning for a change," he said.