Ghaziabad (Uttar Pradesh): On the occasion of 89th Air Force Day, fighter jets Sukhoi Su-30 and Rafale put up an air display at the Hindon airbase.

The air display was started with flag-bearing skydivers of the famous AKASH GANGA Team dropping out of AN-32 aircraft in their colorful canopies.

The ceremony will conclude with a spellbinding aerobatic display.

On the occasion of Air Force Day, the parade was held at Hindon Air Base in Uttar Pradesh's Ghaziabad.

The IAF was established on October 8, 1932, in undivided India which was under colonial rule. It was given the prefix "Royal" by King George VI for its contribution during the Second World War. The prefix was later dropped in 1950 when India became a republic. 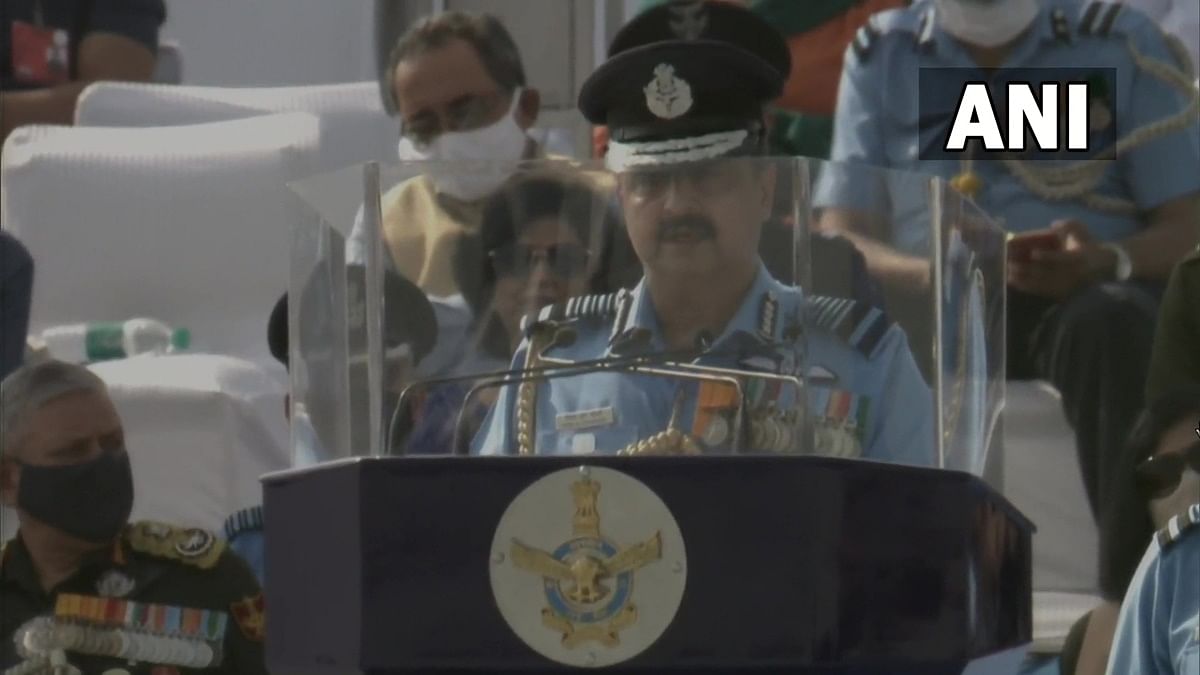