Watch video: 40% of Congress candidates for UP Assembly polls to be women, says Priyanka Gandhi Vadra 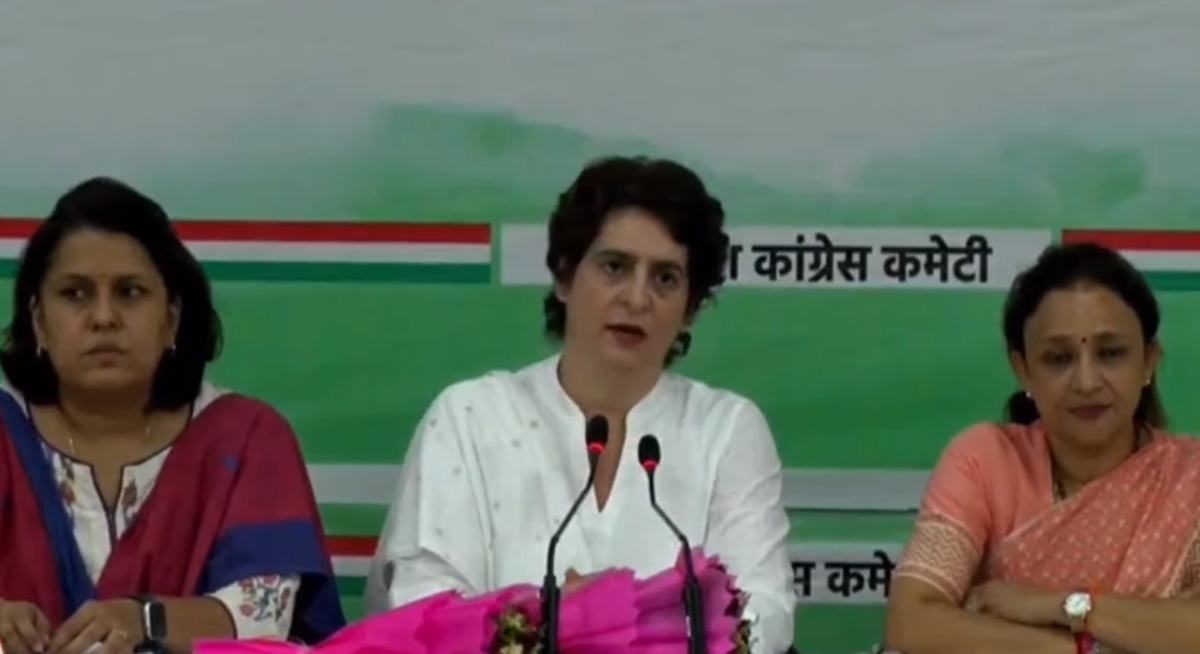 Congress general secretary Priyanka Gandhi Vadra on Tuesday said that the party has decided to give 40 per cent of the total election tickets to women candidates in Uttar Pradesh for the upcoming assembly polls.

"We want women in politics to become a full-fledged partner in power," she told reporters.

Addressing a press conference, Priyanka Gandhi Vadra said, "The Congress party has decided that it will give 40 per cent of the total election tickets to women. These tickets will be given on the basis of merit and not just on the basis of caste or religion."

"I have taken this decision for women's empowerment. There is no other political motive, agenda behind this decision," she added.

Slamming the Bharatiya Janata Party-led Uttar Pradesh government in the state over the Lakhimpur Kheri incident, she said, "Unfortunately, those who mow down people in the state are protected by the Centre and those who get killed, mowed down plead for justice here."

"We all saw what happened in Hathras, Lakhimpur....what do you expect from such a BJP government," she said.

On Sunday, the Congress announced that Priyanka Gandhi will be the face of the Congress’ election campaign in Uttar Pradesh, asserting that the AICC general secretary is the most popular political figure in the state at present.

Party's newly-appointed campaign committee chief PL Punia told PTI that It is a direct contest between the Congress and the BJP in the UP polls as both the Samajwadi Party and the Bahujan Samaj Party have "fallen behind" and were "not in the fight anymore", Punia told PTI in an interview.

Punia said Priyanka Gandhi has fought for truth on all issues and when the Lakhimpur Kheri incident happened, she immediately left to meet the family of the victims, and was detained in Sitapur, but remained determined in her quest for justice. He said she was "successful" in her struggle and went to Lakhimpur Kheri and Bahraich to met the families of the victims.

"So, the people are impressed by her and currently in the entire state, no politician is more popular than Priyanka Gandhi. As far as around whom the campaign will be centred, we are fortunate that Priyanka Gandhi is available for (campaigning) all the time," he said.