Director General of Police Bhaskar Jyoti Mahanta, who is now camping at Sipajhar, to take stock of the ground situation, said that the cameraman Bijoy Bonia who was seen attacking an injured man in a viral video has been arrested
FPJ Web Desk 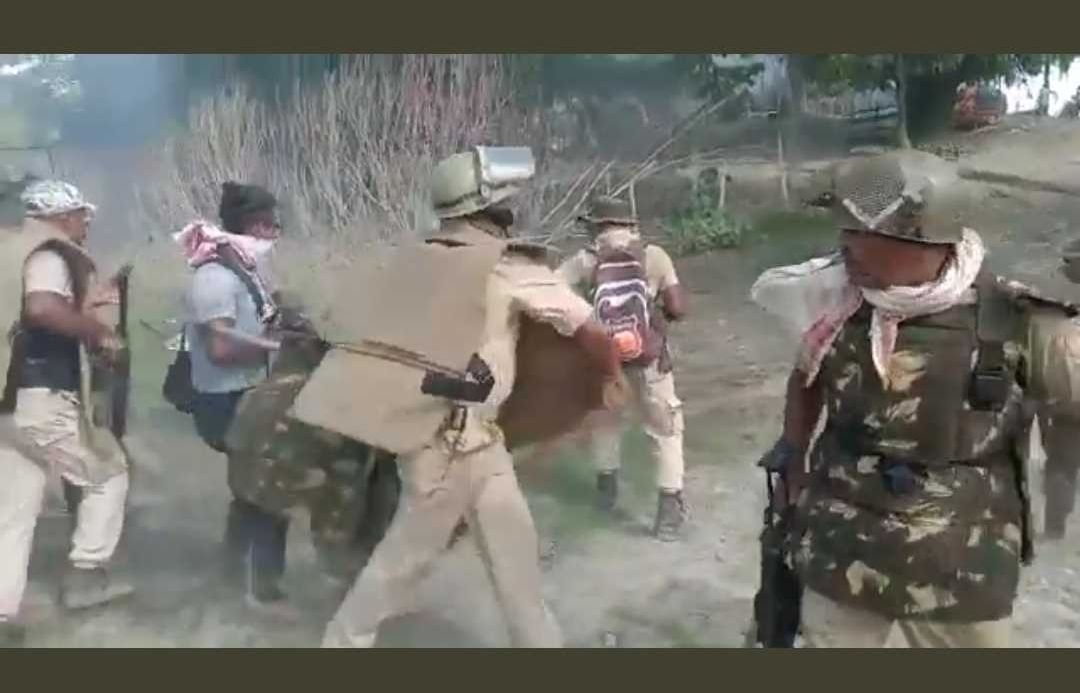 Guwahati: At least two people were killed and 20 others injured on Thursday when a mob clashed with police during an eviction drive in Assam's Darrang district.

In the violent incident at Dholpur, at least 11 policemen were among the injured while a wounded policeman was rushed to Gauhati Medical College and Hospital in Guwahati. The slain people have been identified as Saddam Hussain and Sheikh Forid.

Chief Minister Himanta Biswa Sarma said the police were forced to take action as the mob of several hundred people protesting the eviction drive, attacked the security personnel with sticks, machetes, and spears.

Sarma, who also holds the Home Department, said the eviction drive, which had started on Monday, would continue on Friday.

The Assam government later on Thursday night ordered a judicial inquiry by a retired judge of the Gauhati High Court.

Director General of Police Bhaskar Jyoti Mahanta, who is now camping at Sipajhar, to take stock of the ground situation, said that the cameraman Bijoy Bonia who was seen attacking an injured man in a viral video has been arrested.

"As per the direction of the Chief Minister, I have asked the CID to investigate the matter," he said, adding that the cameraman is now in CID custody.

Officials said that around 800 families of Bengali-speaking Muslims were unlawfully occupying about 4,500 bighas (602.40 hectares) of government land for many years and the government recently decided to use the land for agricultural purposes by removing the settlers.

On Monday, when the eviction drive was started, some families removed their 'houses' themselves and shifted elsewhere.

According to the officials after a break of two days, the police re-launched the eviction drive on Thursday when the agitated mob tried to put up a strong resistance leading to the violence.

Congress leader Rahul Gandhi tweeted: "Assam is on state-sponsored fire. I stand in solidarity with our brothers and sisters in the state - no children of India deserve this".

State Congress chief Bhupen Kumar Borah, condemning the "barbaric act" of police firing, said: "The very act of eviction is itself inhuman, especially during the Covid situation. The Supreme Court had also given a directive against eviction during the pandemic, yet the Assam government has remained adamant behaving in an autocratic manner to evict the residents who have been living in the area since the 1970s."

He said the government should have arranged for rehabilitation and alternative housing ahead of the eviction drive.

BJP national General Secretary Dilip Saikia, however, said the people were served notices before the drive. "These are Bangladeshi nationals. They settled there a few years ago after grabbing government land," he alleged.

Sharing a video of the incident on Twitter, CPI-ML Politburo member Kavita Krishnan tweeted : "What protocol orders firing to the chest of a lone man coming running with a stick Who is the man in civil clothes with a camera who repeatedly jumps with bloodthirsty hate on the body of the fallen (probably dead) man?"

"God will give justice. Eviction for cultivation is fine but it should have been done after rehabilitating these landless people," he said.

The BJP-led government has undertaken eviction drives in many districts to evict the people who illegally occupied huge government lands in different parts of the state.