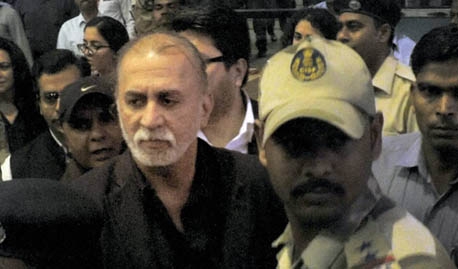 The Goa Bench of the Bombay High Court on Monday said it will hear virtually on October 27 the Goa government's appeal against journalist Tarun Tejpal's acquittal in a 2013 rape case.

A bench of Justices MS Sonak and MS Jawalkar adjourned the matter till October 27 after Goa's Advocate General Devidas Pangam and a lawyer representing Tejpal asked for a next date of hearing.

The hearing into the matter would be held virtually as Solicitor General of India Tushar Mehta, representing Goa government, will participate in court proceedings from Delhi. Advocate General Pangam said the hearing on Monday was held to decide next date of hearing. Earlier, HC had on August 31 adjourned the hearing on Goa government's appeal against Tejpal's acquittal till September 20, pending request before the Chief Justice for a hybrid (physical plus virtual) hearing into the matter.