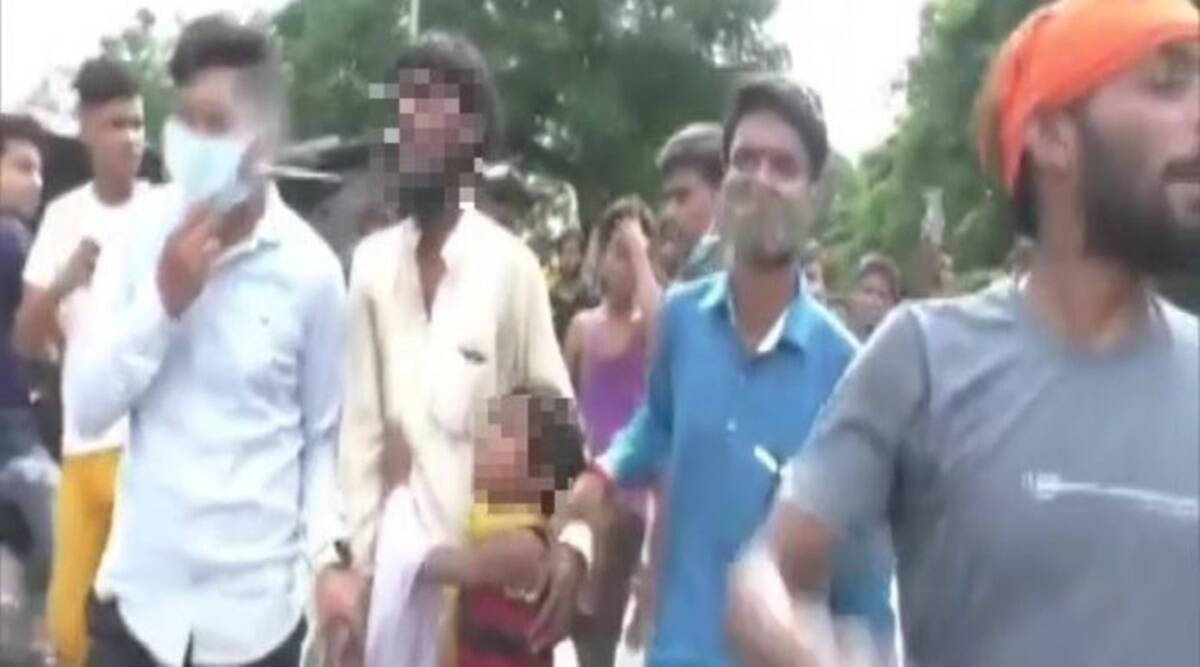 Kanpur: Six people, including one having affiliation to the Vishwa Hindu Parishad, were arrested for allegedly thrashing a Muslim e-rickshaw driver in Kanpur and forcing him to chant Jai Shri Ram, police said on Friday. The three people arrested on Thursday night were released on bail. The other three, who were held on Friday, are in police custody.

The incident had taken place at the Kacchi Basti locality in Barra area of Kanpur on Wednesday. A one-minute video of the incident surfaced on social media, in which 45-year-old Asrar Ahmad is seen getting thrashed by some men, who ask him to chant Jai Shri Ram. Ahmed’s daughter is seen trying to save her father, crying and asking the attackers not to beat him up.

Kanpur Commissioner of Police Asim Kumar Arun said the three arrested men were released on bail from the police station as the offences had a maximum penalty of seven years or less. They were booked under Sections 147 (rioting), 295 (deliberate and malicious acts, intended to outrage religious feelings), 323 (voluntary causing hurt), 504 (intentional insult), and 506 (criminal intimidation) of the IPC.

Those who got bail were identified as Aman Gupta, having affiliation to the Vishwa Hindu Parishad (VHP), Rajesh, alias Jay, and Rahul. The three others arrested on Friday were Ankit Verma, Kesu and Shivam, the police commissioner said. Asim Arun said the victim was saved by police, who brought him to the police station. On the basis of his complaint, a case was registered against the people seen assaulting him in the video.

DCP (South) Raveena Tyagi said, “Once the viral video came to our notice, we took cognizance and registered an FIR under relevant sections of the IPC.”