The poll panel on Saturday announced polling to take place in UP in six phases -- from February 10 till March 7 and the votes will be counted on March 10.
IANS 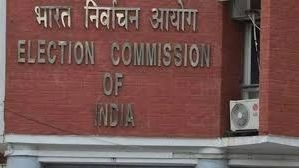 The poll panel on Saturday announced polling to take place in UP in six phases -- from February 10 till March 7 and the votes will be counted on March 10.

The official said that generally there are hundred personnel in one company of Central Armed Police Force.

There are 78 districts in Uttar Pradesh including four commissionerate. Each districts has different problems when it comes to polls. Extra forces of the Central Police Armed Force will be deployed as per the senstivity and vulnerability of the districts.

"The centre is providing these agencies so that election could be conducted in fair and efficient manner. We will get the service of this companies by January 10. It will also reduce the senstivity and vulnerability during the polls. We hope that the elections will be conducted in a fair manner," said the official.

The UP Police Department has told all the districts that they have to conduct flag march. Local police and paramilitary forces will assist each other in the flag march.

Four companies of Central Reserve Police Force will be deployed at Prayagraj districts. This will be the maximum security among 74 districts provided by the Centre.

Lucknow, Kanpur and Varanasi have commissionerate. These three will get three companies of CAPF. Gautam Buddha Nagar also has commissionerate but it has been given only two paramilitary companies.