Besides these parties, the Congress has indicated that it might abstain from the contest again.

Besides these parties, the Congress has indicated that it might abstain from the contest again. Bahujan Samaj Party (BSP) though, has not revealed its cards yet, but it is learnt that the party might also not field its candidate.

The RLD Chief Jayant Choudhury on Wednesday made it clear that his party would contest by-elections in alliance with SP. According to him, SP would contest in Mainpuri and Rampur, while RLD in Khatauli. He said that both the parties would campaign jointly during the by-polls.

Read Also
SC asks EC not to issue Rampur bypoll notification till Nov 10; Azam Khan's plea to be heard on... In Uttar Pradesh, by-elections for one parliament and two assembly seats will be held on December 5. Of these, Mainpuri parliament seat has been declared vacant following the death of SP founder Mulayam Singh Yadav, while the Rampur and Khatauli assembly constituencies is going into the by-polls as their sitting legislators were disqualified after conviction from court. Azam Khan, who had won from Rampur assembly seat in the 2022 elections was disqualified after getting three-years jail sentence and Vikram Saini, BJP MLA from Khatauli got two-years imprisonment in the Muzaffarnagar riot case.

Riding on the wave of success, BJP has been planning to give another shock to the SP alliance by posing a tough challenge in Mainpuri and Rampur besides retaining its Khatauli seat. For several decades, the Mainpuri Lok Sabha seat has been represented by Mulayam Singh Yadav’s family, while Rampur by Azam khan. In the 2019 general elections, Mulayam had won from Mainpuri by a margin of over 1.5 lakh votes. In 2022 assembly polls, Azam Khan had defeated BJP candidate in Rampur by a margin of over 55,000 votes.

To snatch SP’s bastion of Mainpuri and Rampur, BJP is searching for suitable candidates. According to BJP leaders of UP, the party might field Raghu Raj Shakya, close aide of Mulayam from Mainpuri as its candidate, while in Rampur it is looking for a minority candidate. In Rampur, there are more than 50 per cent minority votes and BJP has never won on this seat. To lure backward Muslims in its favour, BJP has recently started organizing special conventions for them in UP. In these conventions, BJP leaders have been apprising backward Muslims about the welfare works done by the BJP for them. Deputy Chief Minister Brijesh Pathak and former union minister Mukhtar Abbas Naqvi are said to organise a similar convention in Rampur on November 12 for backward muslims.

However, to retain its Mainpuri and Rampur seats and snatch Khatauli seat from the clutches of BJP, the SP leaders have begun exercise of finalising the name of its candidates. According to SP leaders, the party might field Mulayam’s grandson Tej Pratap from Mainpuri ,while in Rampur, Azam’s wife Tazeen Fatima might contest. Tej Pratap had been the MP from Mainpuri earlier, while Tazeen had represented Rampur once.

Meanwhile, the Congress on Wednesday indicated that it might abstain from the by-polls and leave the ground for SP-BJP contest. The state president of Congress Brijlal Khabri said that the party is gearing up for local bodies' elections, which are due in the coming months and would not like to concentrate on the by-polls. 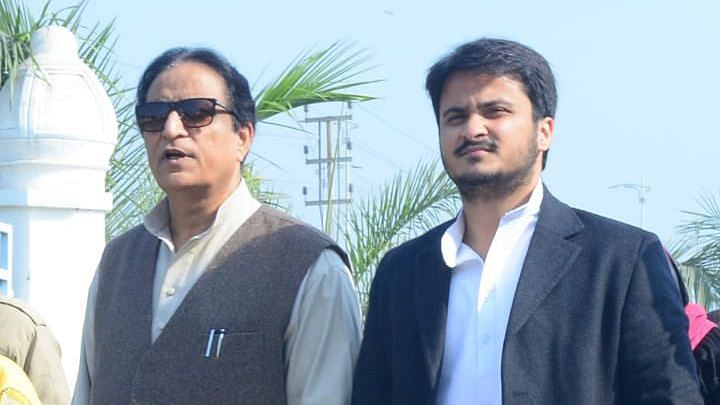