The government of Uttar Pradesh on Saturday announced that it has cancelled the Kanwar Yatra in view of COVID-19 situation. The decision comes a day after the supreme court told the UP government to reconsider it's decision on conducting the yatra.

On Saturday, Yogi government in UP held discussions with the associations of yatris and appealed them not to take out Yatra in the wake of pandemic. The Akhada Parishad, supreme body of seers too had made a similar appeal.

According to officials in UP government, the associations of yatris themselves agreed on not insisting for this ritual. Approximately three crore people take part in Kanwar Yatra every year in UP and Uttarakhand.

The Supreme Court on Friday observed that “the Uttar Pradesh government cannot go ahead with the kanwar yatra - 100%”, asking the state to either withdraw the decision to allow the religious pilgrimage “in the interest of health of the citizenry of India”, or invite an order from the court.

Citing widespread fears of a third wave of Covid-19, the bench of justices Rohinton F Nariman and BR Gavai gave the state government time till Monday to reconsider its decision of allowing the kanwar yatra due to “compelling religious reasons” and convey it to the court. The ultimatum effectively ends any chance of the yatra, which attracts around 30 million pilgrims from many northern and northwestern states to Haridwar in Uttarakhand, where they collect water from the Ganga (gangajal) and take it back home, on foot or on cycles. Many of the pilgrims are from Uttar Pradesh, which is keen to go ahead with the yatra despite fears that it could be a superspreader event, and despite warnings from public health officials.

The bench then told Vaidyanathan he may take instructions and apprise the court by July 19 (Monday) on whether to hold the yatra at all. Advocate Abhishek Atrey, appearing for Uttarakhand government, said they have filed an affidavit and taken a decision to ban the yatra due to Covid and it has been notified.

On July 14, the top court took suo motu cognisance of media reports on the Uttar Pradesh government's decision to allow the yatra amid the Covid pandemic and sought responses from the state as well as the Centre "given the disparate political voices" on the matter.

The Yogi Adityanath-led government on July 13 allowed the "yatra" from July 25 despite concerns raised in various quarters over the risk posed by such events in triggering a possible third wave of COVID-19.

The chief minister said only a minimum number of people should participate and directed strict implementation of Covid protocol. 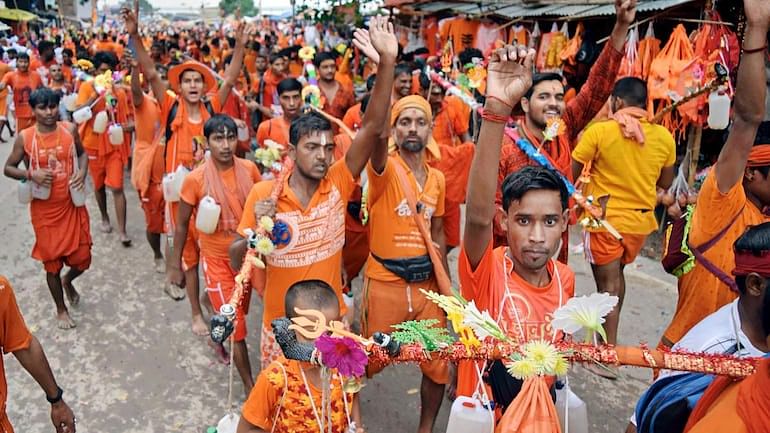