A large number of farmers in this area grow potatoes which is the cash crop for them. UP is the biggest potato producer in the country with an average annual production of over 150 lakh tonnes.

Around three dozen assembly seats of major potato producing districts of Etah, Etawah, Kannauj, Farrukhabad, Mainpur, Auraiyya and Kanpur Rural, would vote in the third phase of UP Polls on February 20.

With the arrival of new crops in the market, the rates of potatoes have started falling, giving sleepless nights to the farmers of these districts. As per the estimates of horticulture department of UP, there could be record production of potatoes in the state this year.

According to farmers in Farrukhabad, they are forced to sell potatoes at the rate of Rs 5-6 per kilogram in the wholesale market whereas the cost of production is much higher.

Last year the rates were better and they got Rs 10 per kg. Karan Singh, a major potato producer in Etawah says, the political parties must address this issue of falling price. According to him the farmers have been demanding the announcement of minimum support price (MSP) for potato also and also for government procurement.

Despite big promises, none of the political parties are doing anything for potato farmers.

Wholesale trader in the Mainpuri, Pawan Saluja says that not only there is bumper production of potato this time but we have been getting good stocks from other states such as Madhya Pradesh and Karnataka also. This has been resulting in fall of potato prices in UP.

According to the farmers of the area, during poll season the parties promise Vodka factory and chips plant but forget all this once the elections are over. A local farmer from Etawah Vishnu Pandey says land was acquired in Farrukhabad for Potato chips factory and in Kannauj for Vodka plant but to no avail.

Meanwhile, according to the officials of horticulture department in UP, the crop area of potato has been increased this time. Against the target of 6.20 lakh hectare of crop area the farmers have sowed 6.22 lakh hectares.

The state is expecting production of 160 lakh tones of potatoes this year.

During this election, the ruling BJP has promised mega food park, storage facility and free electricity for irrigation while Samajwadi Party has said if voted to power it would set up food processing clusters and container depot. The Congress too has mentioned in its manifesto that it would set up sold stores and food processing units.

Meanwhile, according to the officials of horticulture department in UP, the crop area of potatoes has been increased this time. Against the target of 6.20 lakh hectare of crop area, the farmers have sowed 6.22 lakh hectares. The state is expecting production of 160 lakh tones of potato this year. 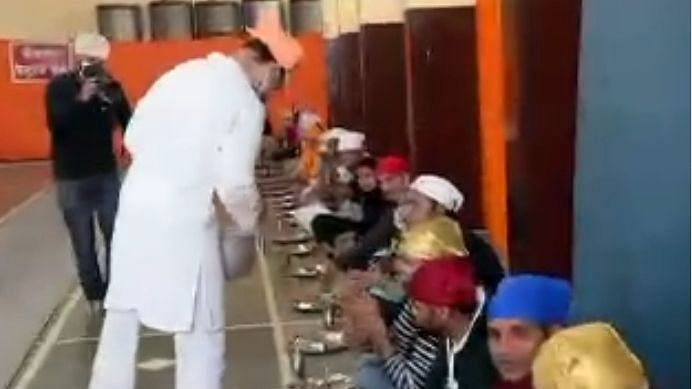