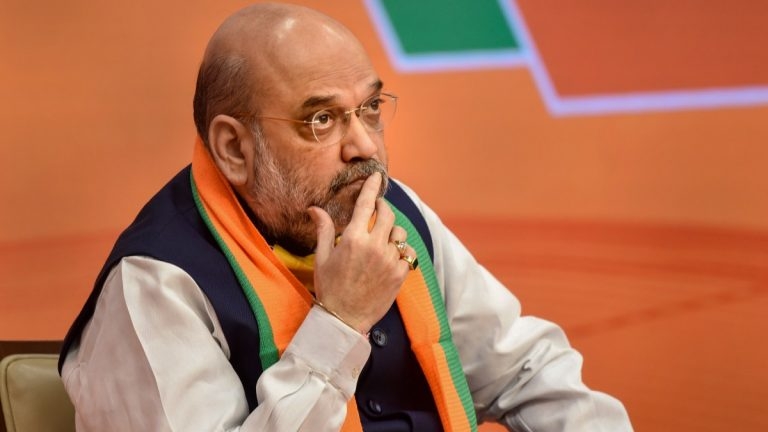 According to Indian Express, Union Home Minister Amit Shah will chair a meeting in Varanasi of those in charge of the 403 constituencies and top state leaders, including Chief Minister Yogi Adityanath.

Shah's visit is significant in view of the upcoming high-stake Assembly elections in Uttar Pradesh as he is considered as the architect of the BJP's turnaround in the state after the party had been reduced to the fourth major electoral group in the 2012 polls.

Soon after taking over as the BJP's national president, the party in 2014 had registered a historic win in 71 out of the state's 80 Lok Sabha seats. During his visit to Varanasi, the Union Home Minister is likely to hold a brief meeting with the Bharatiya Janata Party (BJP) leaders.

The BJP, under Chief Minister Yogi Adityanath, is seeking another round of victory in Uttar Pradesh Assembly elections slated from 2022, where it had stormed to power five years ago with a decisive mandate.

The party had, in the 2017 polls, won 312 seats with a vote share of 39.67 per cent. This was followed by a strong electoral performance in the 2019 Lok Sabha polls when the BJP won 62 of the state's 80 parliamentary constituencies.

The next elections are scheduled to be held early next year to elect 403 members of the Uttar Pradesh Legislative Assembly.