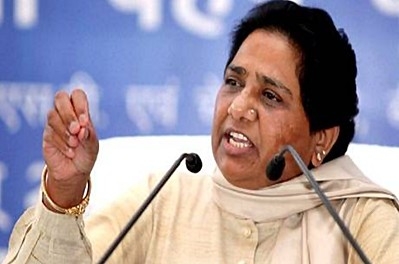 Lucknow: For the educated and even the semi-literate youths of Dalit community in Uttar Pradesh, the old horses are no more relevant for them. There is a strong need of new leaders as well as party.

For the last four decades in UP, dalits have voted and supported Bahujan Samaj Party and its leader Mayawati. However, in 2014 general elections the Bhartiya Janta Party (BJP) made a dent in it by garnering support of non-Jatav communities. BSP could not get a single seat in 2014 parliamentary election. Mayawati, who herself is a Jatav (cobbler) was the worst sufferer of this equation with significant reduction in her political power in the state. Consecutive elections of 2017, 2019 further added to the woes of Mayawati. Though in the 2019 parliament elections BSP did get 10 seats from UP but that was mainly due to its alliance with the Samajwadi Party. The alliance did not last long and BSP is alone again in the UP’s political scene with her dalit vote base eroding fast.

Chandrashekhar Azad alias Ravan, a young dalit lawyer from western UP started as an activist three years back and faced state oppression several times. Ravan floated a political outfit in the name of Azad Samaj Party in 2019 and contested assembly by-elections this year in west UP. The new party though could not win but made its presence felt in Bulandshahar assembly segment by getting more than 10000 votes. It had only contested two seats among the seven seats for which by-elections were held. In the Panchayat, elections held in May this year the Azad Samaj Party again fielded candidates in west UP and over five dozen of them had won. Later on in the election of chairmen of zila panchayat, Azad Samaj Party forged alliance with SP and Rashtriya Lok Dal. Ahead of UP assembly polls Ravan has indicted to side with Samajwadi Party and till date he has held several round of meetings with Akhilesh Yadav.

DM Combination Lethal In West UP

In over 70 assembly seats of west UP the combination of dalits and Muslims (DM) has always been lethal as its support gives an edge to any party. In 2014, BJP had managed to break this by getting support of Dalits in west UP. With the emergence of Ravan in west UP the dalits and muslims are inching closer. According to political analyst, this combination will ensure victory on many of the seats in west UP. While Ravan it seems will go with SP-RLD combine, the dalits in this region mainly the youths will also support this alliance. As an opposition parties, BSP and its leader Mayawati has been often seen supporting ruling BJP and its decisions. In the elections of upper house, BSP openly said that it would do anything to defeat SP. Be it is taking or giving support to BJP. This political indecisiveness of Mayawati has annoyed muslims who used to support it on many seats. With Muslims not in its fold, the dalits too may drift away from BSP, said Professor Ravikant, a faculty member at Lucknow University and noted dalit thinker. According to him, the dalit youths are looking for options and Azad Samaj Party is one among them. He however said that some of the dalit youths are also thinking about supporting congress.

Long back in UP dalits used to vote Congress and it continued for years till BSP emerged and snatched this strong base. However after Priyanka Gandhi became active in politics of UP, congress is again working hard to bring dalits back to its fold. According to youth dalit leader in congress and media convener Lalan Kumar, Priyanka has raised voice about atrocities on dalits. She was the one who visited Hathrus where a dalit girl was raped and killed. He said that in the recently held village chaupal programme of congress a large number of dalits especially women attended. Lalan said that dalit youths feel cheated by BSP and other parties and now they are coming back to congress.

Still A Long Way To Go

Despite unrest and political uncertainty, a majority of dalits in UP are still with Maywati. However, Azad Samaj Party has made a dent but still there is a long way to go. According to noted thinker of Dalit Action Group (DAG), Ram Kumar, youths are attracted towards Ravan and his party. Some of them are also thinking about congress but not much in numbers. He said that late Kanshiram built BSP after a long social and political battle and it cannot be diminished so soon. He however said that there is a need for BSP to have a relook at its policies and programmes.