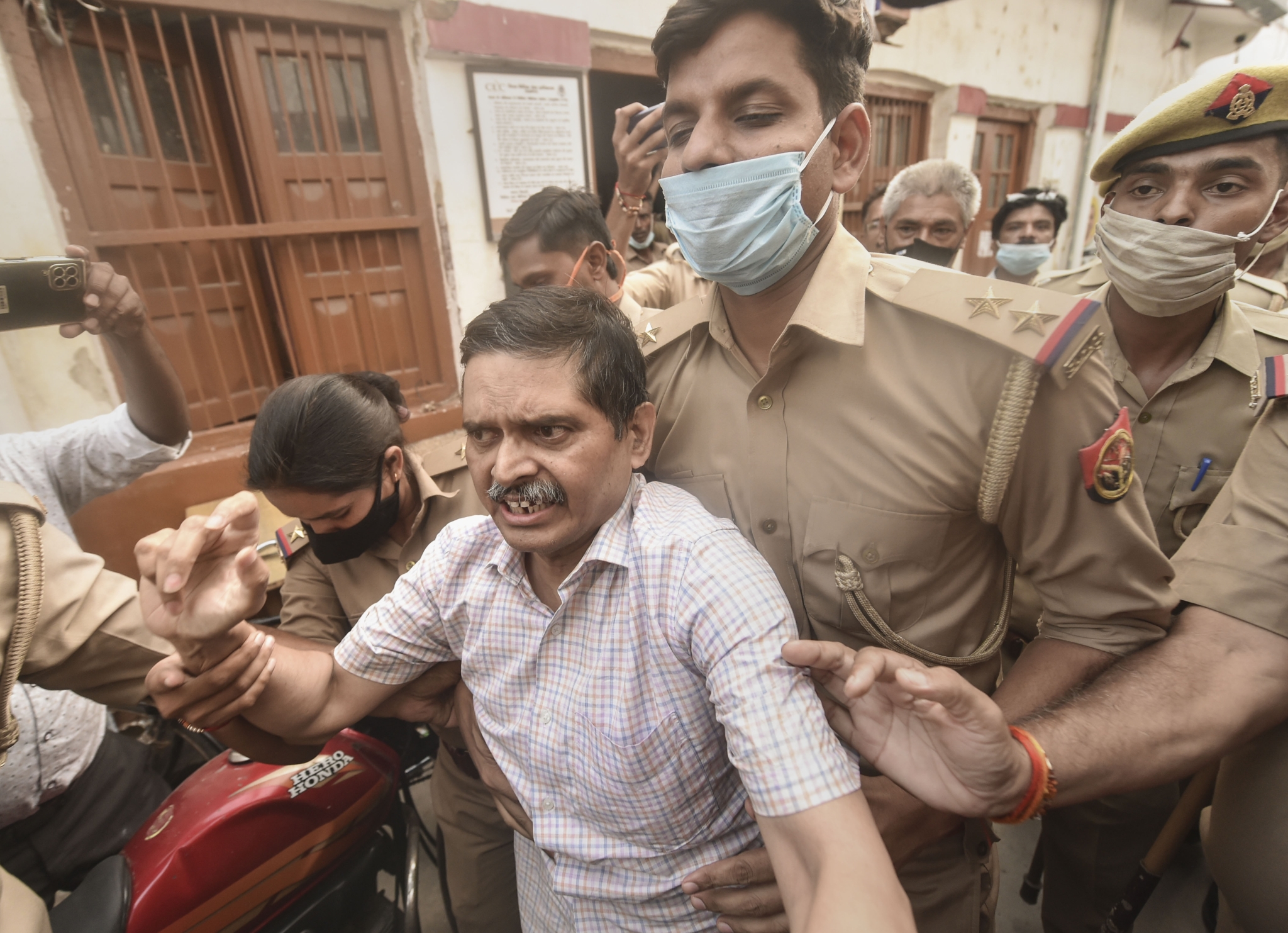 Lucknow: Former IPS officer Amitabh Thakur at Hazratganj Police Station after he was arrested for allegedly conspiring with BSP MP Atul Rai to spread false information on social media regarding a rape case filed against Rai by a woman, in Lucknow, Friday, Aug. 27, 2021. | (PTI Photo/Nand Kumar)

Lucknow: A day after his arrest another FIR has been lodged against former IPS officer Amitabh Thakur in a police station in Lucknow on Saturday. Amitabh Thakur's wife Nutan has also been named in the report. The Lucknow police has accused both of creating obstacle in performing duty. In the FIR lodged at Gomti Nagar police station it has been said that Amitabh and his wife assaulted the police who had gone to perform their duties.

It may be mentioned that former IPS officer who had recently announced to contest against Yogi Adityanath, was arrested by Lucknow police on Friday. Thakur was accused of provoking a rape victim to self immolation outside the Supreme Court.

During the arrest, police had to face resistance from Thakur who termed it against law. He had demanded copy of FIR from the police who came to arrest him.