Thakur has been accused of provoking a rape victim to self immolation outside Supreme Court.
Rashmi Sharma 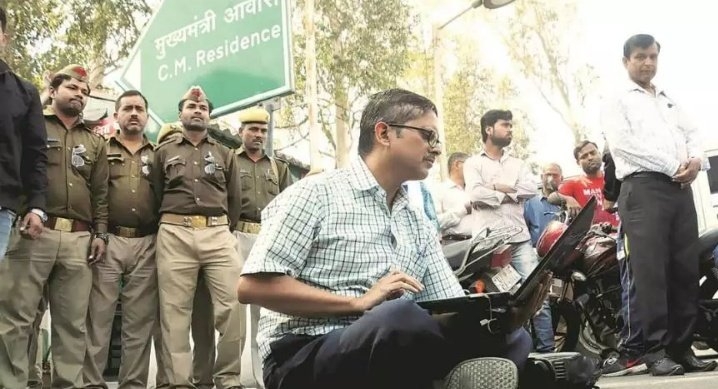 Lucknow: Former IPS officer Amitabh Thakur who had recently announced to contest against Yogi Adityanath, was arrested by Lucknow police on Friday. Thakur has been accused of provoking a rape victim to self-immolation outside Supreme Court. The rape victim who self-immolated with one of her aide, succumbed to burn injuries two days back.

According to Lucknow police, the rape victim and her aid who, had tries self-immolation outside Supreme Court, had levelled severe allegations against Amitabh Thakur. The rape victim had alleged that former IPS was helping the accused and Bahujan Samaj Party (BSP) MP, Atul Rai in her case. BSP MP Atul Rai is currently in jail in this case. State government had constituted Special Investigation Team (SIT) to probe in the charges leveled by the rape victim.

She had alleged that former IPS was hatching criminal conspiracy against her to save the rape accused at the behest of noted mafia Mukhtar Ansari.

Former IPS Amitabh Thakur has been arrested on the basis of the SIT report.

On Friday morning, FIR was lodged against Amitabh Thakur in Hazratganj police station under section 120B, 306, 504, 506, 218, 167 and 195A. Later on the same day police reached at the residence of Amitabh Thakur and arrested him.

During the police action former IPS resisted and termed his arrest illegal. However he was forced to surrender and taken to police station.

Earlier on Friday morning, former IPS had announced to float his own political party and field candidates in the coming assembly polls.