Leader of Opposition Gulab Chand Kataria raised the matter and said that the comments were highly objectionable and an insult to the people of Rajasthan.

BJP MLAs on Thursday created a ruckus in Rajasthan Assembly over derogatory comments made by parliamentary affairs minister Shanti Dhariwal. The minister made these comments while replying to a debate on the grant to the police department on Wednesday night.

The minister apologised twice in the House saying it was a slip of tongue due to which some wrong words came out of his mouth during the reply last night and he sought an apology for the same.

“It was a slip of tongue. I feel sorry for that. Rajasthan is a desert state and I wanted to say something for the state. I respect women and will continue to do so. If my comments have hurt anyone, I want to apologise,” Dhariwal said.

The uproar started as soon as the proceedings of the House began. Leader of Opposition Gulab Chand Kataria raised the matter and said that the comments were highly objectionable and an insult to the people of Rajasthan.

“Yesterday, we walked out after which the minister admitted that Rajasthan is number one in rape cases. What he said after this was very unfortunate. He said that it was because Rajasthan has been a state of men,” Kataria said following which the BJP members started shouting slogans against the minister and demanded resignation.

During the uproar, minister Shanti Dhariwal tendered an apology for his remarks, but the opposition continued to protest in the House.

It is to mention here that the minister's remarks were expunged from the proceedings of the House last night but a video of his statement went viral.

Amid the uproar on Thursday, Rashtriya Loktantrik Party MLAs Pukhraj and Narayan Beniwal showed some papers to which the Speaker CP Joshi objected and said that no poster or banner or papers are allowed in the House.

When his instructions were ignored, the Speaker directed marshals to evict both the MLAs from the House. Subsequently, the Speaker adjourned the House for one hour.

Notably, two days ago, the same minister had blamed social media for rape cases of minor girls in the state. 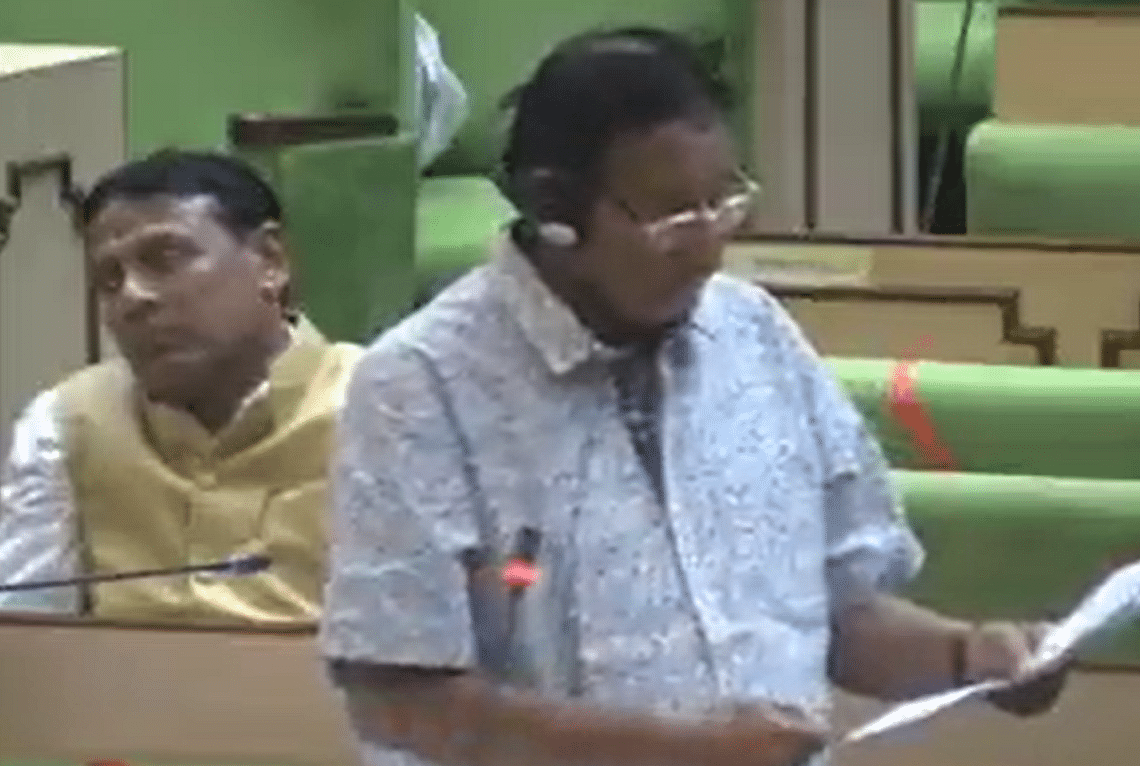