UP to deploy 3K personnel for Magh Mela in Prayagraj 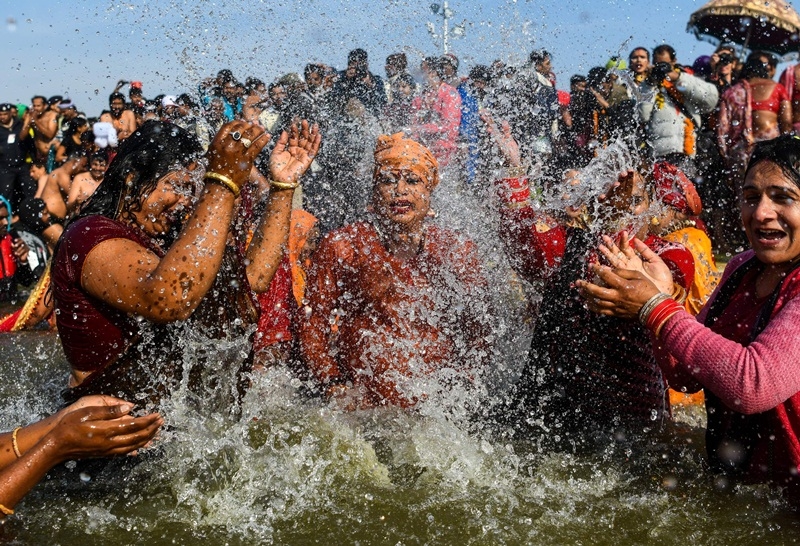 Nearly 3,000 Uttar Pradesh police personnel will be deployed at the Magh Mela in Prayagraj to ensure that the safety protocols of the pandemic are maintained.

According to the Magh Mela (nodal officer) Ashutosh Mishra, "Over 3,000 police and paramilitary personnel will be deployed at the Mela venue and the number will be increased during the main bathing days when the crowds increase."

The Mela official said that the police will ensure that adequate distance is maintained between camps of kalpvasis (who camp at the Mela venue for a month) and that each visitor follows the Covid norms.

The police department will set up 13 police stations and 36 outposts for crowd management and security at the township.

The Magh Mela will begin on January 14 and continue for one month.

He said that special arrangements would be made for densely populated pockets to maintain social distancing. "We have also planned to rope in IT experts to review possible populated areas," the IG added.

The police will follow all Covid-19 safety guidelines like maintaining distancing, wearing of masks and sanitization strictly during the Mela.

Additional forces and volunteers would be deployed at five bathing spots including Sangam nose, Kali Sadak and Parade area.

Unlike previous years, social and cultural organisations would not be allowed to set up stalls or camp at the Magh Mela due to the pandemic.

With a population density of 3.19 persons per square metre, Sangam area was considered to be the most popular spot during last year's Magh Mela.

"The Mela police will draft a sector-wise security plan to maintain Covid-19 protocol and additional mobile forces including paramilitary personnel would be deployed. Additional forces have been called in from neighbouring districts," the IG said.