Chinmayanad case: UP law student, who had gone missing, to be produced before SC today 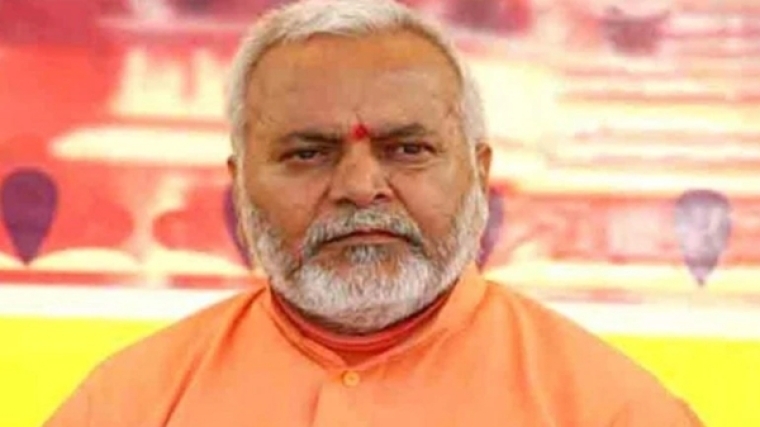 New Delhi: The Supreme Court on Friday ordered the Uttar Pradesh government to produce before it the girl, who had gone missing after accusing former Union minister Swami Chinmayanand of sexually harassing her. A bench headed by Justice R. Banumathi said the judges will interact with the girl and the interaction will be kept confidential.

The SC inquired about the exact location of the police party and ordered the girl to be produced before it on Friday. The court was told the party had reached Fatehpur Sikri, and will take at least two-and-a-half hours to reach the top court.

The UP standing counsel informed the court that the girl was a victim of sexual harassment, and so her name and identity cannot be disclosed, and neither can she be brought on camera.

The court then directed the Registrar (Judicial) to make arrangements for the judges to interact with the girl. It said the judges will have a word with her and then sit in open court to pass an appropriate order in the case.

Chinmayanand's lawyer contended that the accusations made by the girl were an attempt to malign his image. "In fact, he is a very spiritual man," he said.

Advocate Shobha Gupta objected to the appearance of Chinmayanand lawyer in the court pointing out that the court had taken suo moto cognisance of the case.

The woman, a law student, had gone missing on August 24 after posting a video on Facebook, alleging that a "big leader of the Sant Samaj" had "destroyed the lives of many other girls and has also threatened to kill me". She requested Chief Minister Yogi Adityanath and Prime Minister Narendra Modi to help her.

The woman's video was widely circulated on social media. Based on the video, her father blamed Chinmayanand, a former Union Minister who heads the management of the college where the woman studies.

The police filed the family's case only on August 27, three days after she went missing, and charged Chinmayanand with kidnapping and criminal intimidation.

The former MP, however, was not questioned. His lawyer asserted that the allegations were false and it was an attempt to extort money from the politician.

"We did conduct raids in the Chinmayanand ashram. Our teams spoke to several people in his ashram. Our first focus was to recover her safely," the Uttar Pradesh Police chief said.

The Supreme Court, on Thursday, decided to take up the case after lawyers raised concerns that it could turn into another Unnao case where a powerful Bharatiya Janata Party (BJP) MLA Kuldeep Singh Sengar -- expelled only recently from the party -- is accused of raping a minor girl from his village in 2017 and conspiring to murder her in a recent car crash.

Chinmayanand, 72, runs an ashram in Shahjahanpur and five colleges in the town. He also runs ashrams in Haridwar and Rishikesh. His empire is believed to be worth in crores though there is no official estimate. Posters outside his ashram with top BJP leaders, including Adityanath reflects his influence in the party even though he last won an election back in 1999.

Chinmayanand has been refusing to answer questions posed by journalists.