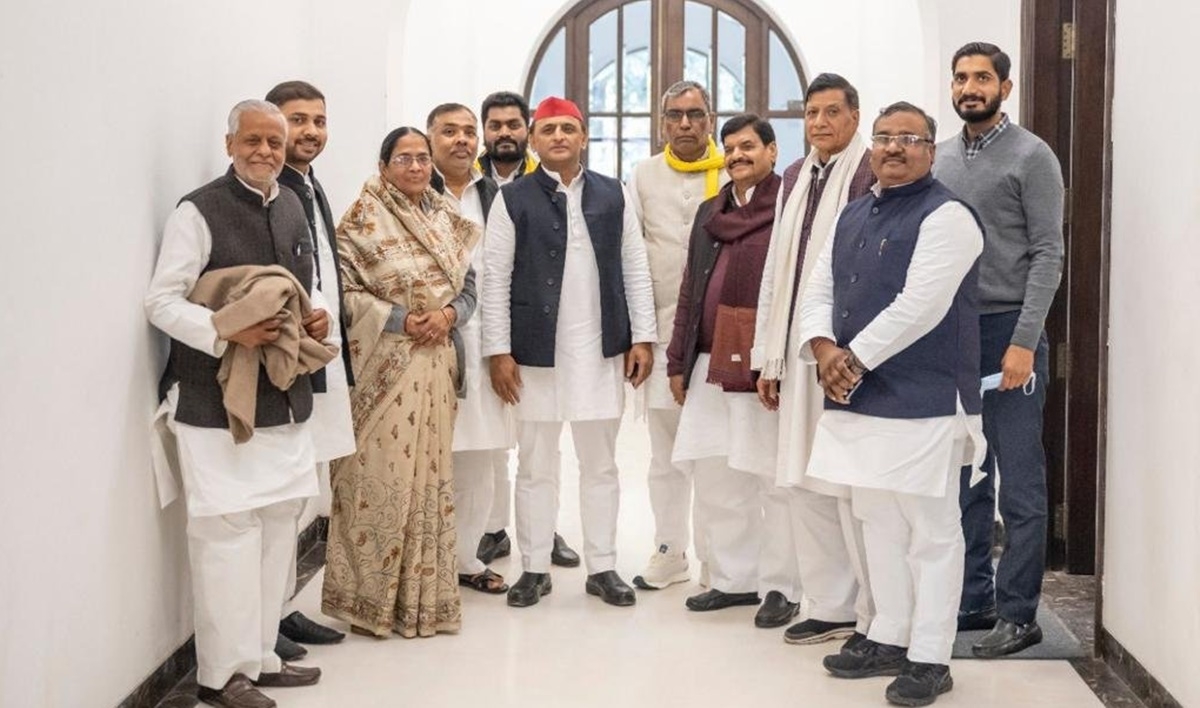 Ahead of the upcoming Assembly elections in Uttar Pradesh, Samajwadi Party chief Akhilesh Yadav held a meeting with leaders of allies in Lucknow on Wednesday.

After the meeting, Suheldev Bharatiya Samaj Party chief Om Prakash Rajbhar said that the allies have pledged to make Akhilesh Yadav the next Chief Minister of Uttar Pradesh.

"We have pledged to make Akhilesh Yadav the next CM of Uttar Pradesh. The list of candidates of the SP-led alliance will be released in a phased manner. My party will not contest in the first and second phases," Om Prakash Rajbhar was quoted as saying by news agency ANI.

In the 2017 Assembly elections, the BJP won a landslide victory winning 312 Assembly seats. The party secured a 39.67 per cent vote share in the elections for 403-member Assembly. Samajwadi Party bagged 47 seats, BSP won 19 while Congress could manage to win only seven seats.