UP: Congress in slumber even after bypoll debacle, Priyanka Gandhi continues work-from-home

No party meeting or ground rallies have been planned for UP yet, although the Assembly elections are just a year ahead.
FPJ Correspondent 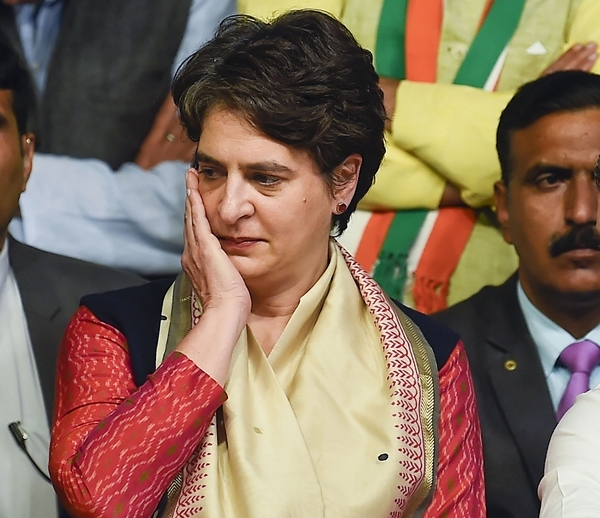 Lucknow: Even after the recent bypoll debacle, it seems Congress hasn’t learned any lessons yet.

At a time when Uttar Pradesh Chief Minister Yogi Adityanath is traveling across the length and breadth of the state even after winning six of the seven bypoll seats, the Congress’ UP in-charge of Priyanka Gandhi continues to be in slumber mode.

No party meeting or ground rallies have been planned for UP yet, although the Assembly elections are just a year ahead.

On Friday, UP Congress held a Dalit Mahapanchayat at the Lucknow headquarter. It was attended by over 500 SC leaders of the party from across the state.

The Panchayat was called to unite the Dalit community of the state after the release of the Congress’ SC cell head, Alok Prasad, from prison.

Prasad, who is the son of the former Rajasthan Governor Sukhdev Prasad, had been in jail since a month and a half ago.

The local police had charged him for allegedly plotting a criminal conspiracy and instigating a 35-year-old woman to set herself on fire. The woman, who was allegedly a victim of 'Love Jihad', had died later.

Naturally, the sentiments were high as Prasad’s arrest was viewed by many SC members as politically motivated.

Priyanka Gandhi addressed the highly-charged meeting from Delhi via video conferencing. She told them how BJP was targeting the Dalits and how Congress members can work hard to set up a network of Dalits across the state.

“Had this been done to any BJP leader in the Congress-ruled state, the BJP would have grabbed the opportunity to make it a big media affair,” a senior party leader admits.

A Dalit leader said, “We were expecting her to come down to Lucknow at least now. She had not been here since the beginning of the pandemic.”

Many members are worried about the Congress strategy for Assembly elections, especially since the Samajwadi Party has started inviting applications from the candidates.

When asked about it, Anshu Awasthi, Congress leader, claimed, “Priyanka ji could not come to UP because of the pandemic. She will come here soon though dates are not finalized yet.”

The meeting was addressed Tanuj Punia, Pradeep Narwal and many other leaders.