Kolkata: Union Home Minister Amit Shah shall be visiting for two days visit in Bengal on April 16 and 17. This will be the first visit of Shah after BJPs debacle in the Assembly election last year.

According to party sources, during his visit Shah will participate in many government programmes and will hold meetings with BJP MPs, MLAs and workers to boost their morale.

The sources also added that the Home Minister will also visit the BSF camp at the India-Bangladesh border in Cooch Behar on April 16.

“The morale of party cadres is high after BJP won in four states including UP. BJP is preparing for the upcoming 2024 Lok Sabha election and Shah’s visit will decide upon the party’s strategies for the 2024 polls,” said the party sources.

It can be recalled that in the 2019 Lok Sabha election the BJP won 18 Lok Sabha seats which currently stands at 17 seats after former Union Minister Babul Supriyo resigned from his Asansol MP post.

During the 2021 Assembly election after the ruling Trinamool Congress swept the polls, the base of BJP has become ‘weak’.

According to poll analysts, Shah along with other heavyweight leaders' visit to Bengal will work as a ‘boost’ to Bengal BJP. 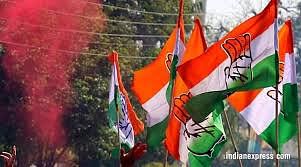