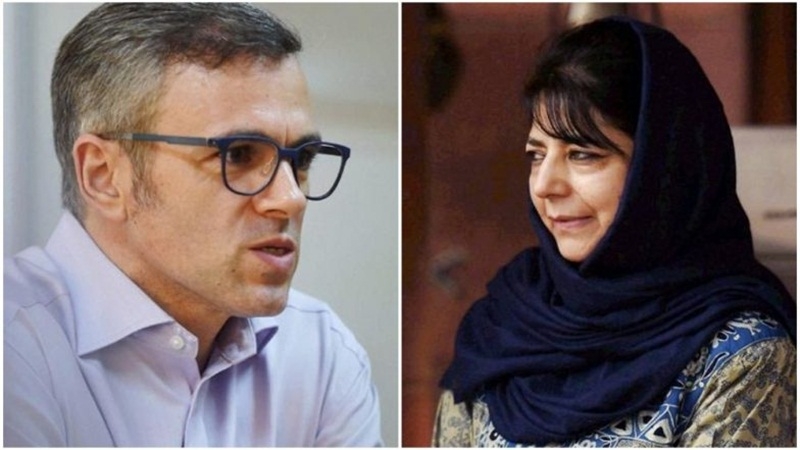 Former Jammu and Kashmir (J&K) chief ministers Omar Abdullah and Mehbooba Mufti on Monday said the Delimitation Commission's draft proposal of six new legislative seats for Jammu and only one for Kashmir is "unacceptable".

Taking to Twitter, Abdullah said the Commission "appears to have allowed the political agenda of the Bharatiya Janata Party (BJP) to dictate its recommendations".

"The draft recommendation of the J&K delimitation commission is unacceptable. The distribution of newly created assembly constituencies with 6 going to Jammu & only 1 to Kashmir is not justified by the data of the 2011 census," National Conference (NC) Vice President wrote.

"It is deeply disappointing that the commission appears to have allowed the political agenda of the BJP to dictate its recommendations rather than the data which should have been it’s only consideration. Contrary to the promised “scientific approach” it’s a political approach," he added.

Mufti said her apprehensions about the Delimitation Commission weren't misplaced. "They want to pitch people against each other by ignoring the population census & preposing 6 seats for one region & only one for Kashmir," she tweeted.

"This commision has been created simply to serve BJPs political interests by dividing people along religious & regional lines. The real game plan is to install a government in J&K which will legitimise the illegal & unconstitutional decisions of August 2019," the Peoples Democratic Party (PDP) chief added.

The Commission, headed by former Supreme Court Justice Ranjana Prakash Desai, had a meeting with the five Lok Sabha members from Jammu and Kashmir for the consultations and were asked to respond to the proposal by December 31 this year.

If the recommendations are implemented, the Jammu region will have 43 seats while the Kashmir Valley will have 47 seats.