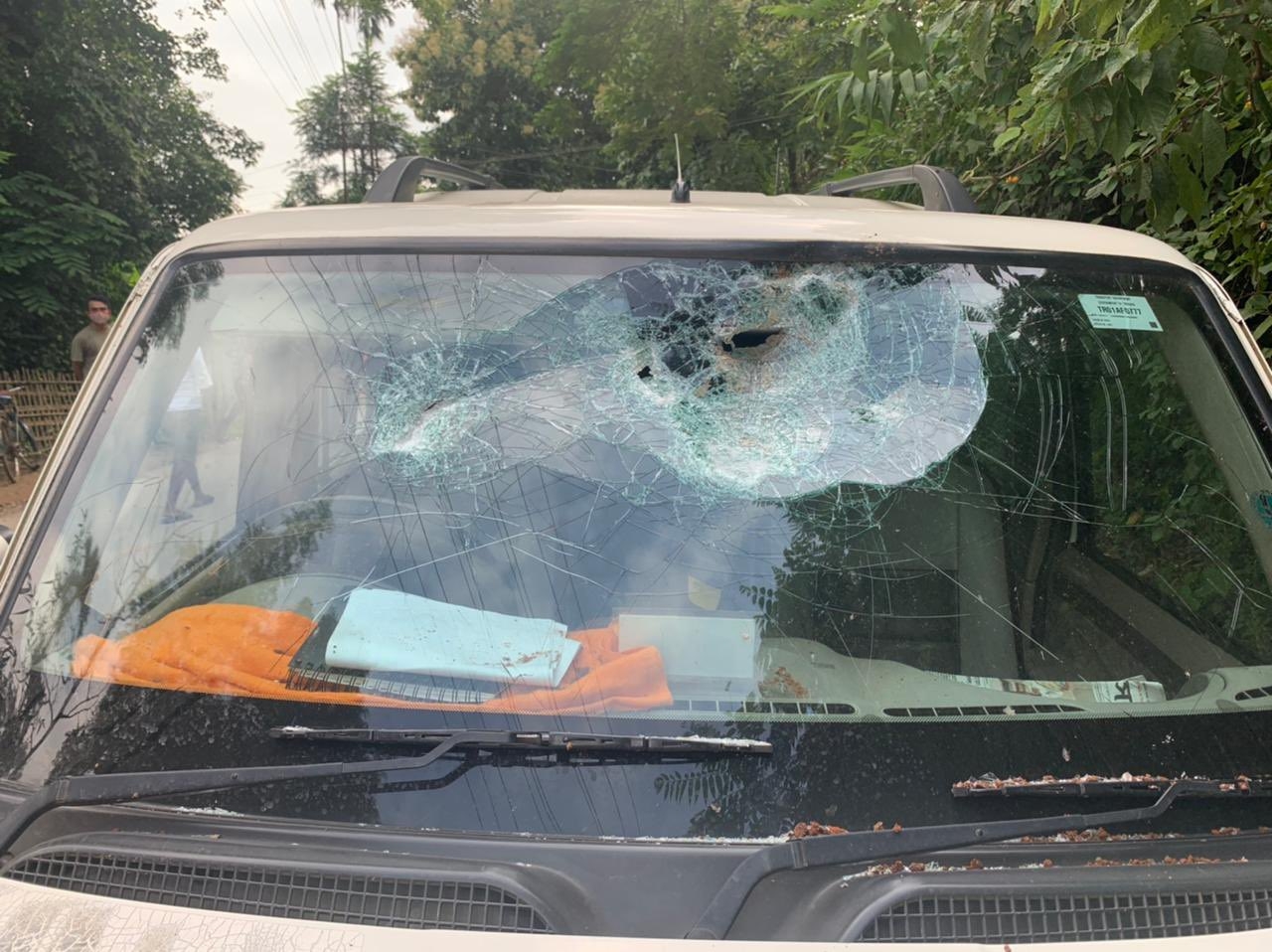 Tripura: TMC youth wing cadres attacked in Tripura by alleged BJP goons while they were on their way to a joining program.

TMC youth wing cadres including Debangshu Bhattacharya, Sandip Raha and Jaya Dutta while going to a joining program were attacked in Ambassa town in Dhalai district.

“The democracy in Tripura is doesn’t exist and this is the perfect example as the BJP miscreants had thrown stones and bricks at our car and police within 100 meters encouraged the BJP goons and didn’t rescue us,” stated Debanghsu also stating that the BJP is afraid as the TMC is gradually growing in Tripura. Notably, Jaya was seen bleeding and Sudip’s forehead was injured.

Later, the TMC also held a demonstration at Ambassa town and uploaded a video to social media, Sudip said that in order to disperse the crowd the police had allegedly hurled bombs and also fired at the TMC workers.

It can be recalled that on August 2 when TMC national general secretary Abhishek Banerjee had visited Tripura his car was attacked by brick and rods.

Mentioning that his moves were being marked at Tripura, Kunal said that the TMC will protest both in West Bengal and Tripura over today’s attack.

“We will fight BJP democratically and tomorrow Bratya Basu and I will visit Tripura. BJP cadres on bikes used to follow my move in Tripura but the central leaders of the BJP were never followed when they had visited West Bengal during elections,” added Kunal. Tripura CM Biplab Deb jumps aside as car tries to hit him, 3 arrested for attempt to murder

Senior Left Front leader Sujan Chakraborty said that both in West Bengal and Tripura the Left Front are being heckled and also that democracy doesn’t exist in both the states.

West Bengal BJP chief Dilip Ghosh said that TMC is doing drama just to be in the news.

“BJP doesn’t believe in violence and the TMC people purposely staged a drama to be in the headlines. The TMC doesn’t have any presence in Tripura,” claimed Ghosh.

Meanwhile, TMC national secretary Abhishek Banerjee took to Twitter and wrote, “The GOONS of @BJP4Tripura have shown their TRUE COLOURS! This barbaric attack on Trinamool workers reveals the 'GOONDA RAJ' in #Tripura under @BjpBiplab's Govt.! Your threats and attacks only prove your inhumanity. DO WHAT YOU CAN.. Trinamool will not budge an INCH!”