'This is disgraceful': Shashi Tharoor after stone-pelting, arson at Salman Khurshid's home in Nainital amid uproar over new book 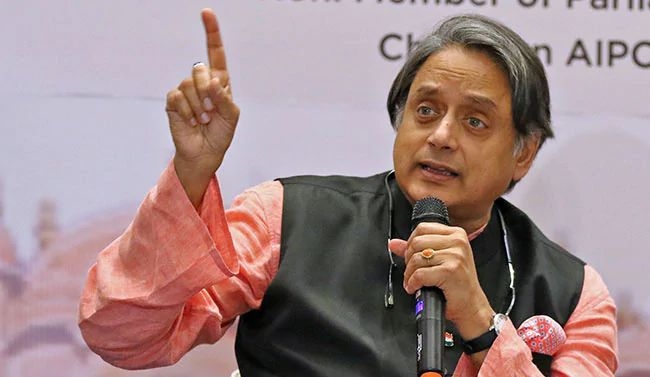 Taking to Twitter, the Thiruvananthapuram MP wrote: "This is disgraceful. @salman7khurshid is a statesman who has done India proud in international forums & always articulated a moderate, centrist, inclusive vision of the country domestically. The mounting levels of intolerance in our politics should be denounced by those in power."

Shashi Tharoor's remarks came after Salman Khurshid's home in Nainital was vandalised this afternoon after he compared Hindutva to radical jihadist groups like ISIS and Boko Haram in his new book 'Sunrise Over Ayodhya: Nationhood in Our Times'.

The videos of the incident, in which the alleged vandals are seen carrying out stone-pelting and arson, were released by Khurshid this afternoon.

Sharing pictures and videos of the vandalisation, Khurshid wrote on Facebook, "I hoped to open these doors to my friends who have left this calling card. Am I still wrong to say this cannot be Hinduism?"

"So such is debate now. Shame is too ineffective a word. Besides I still hope that we can reason together one day and agree to disagree if not more," Khurshid added. Meanwhile, nobody from the former Union Minister's family was present when the attack took place. "My Nainital cottage attacked today. Everyone is safe. Police now deployed outside my house in Nainital," Khurshid told CNN News18.

For the unversed, the senior Congress leader has compared Hindutva to ISIS and Boko Haram in his new book. Reportedly, the comment has been made in a chapter called 'The Saffron Sky'. On page no.113 of the book, he has stated that "Sanatan Dharma and classical Hinduism known to sages and saints were being pushed aside by a robust version of Hindutva, by all standards a political version similar to the jihadist Islam of groups like ISIS and Boko Haram of recent years."

Meanwhile, this caused a huge uproar, with even his party colleague Ghulam Nabi Azad condemning the comparison. There have also been complaints lodged against Khurshid for the same.

However, Khurshid later clarified that he has said they are similar, not the same.

Speaking to media persons during his visit to Kalki Dham, he said, "I am visiting Kalki Dham. I would not be here if I would have any issue with any religion. I believe that Hinduism spread peace in the world." "It seems that some people are trying to defame Hinduism. They are enemies of Hinduism and are afraid that their truth will come out. They will ban any book which reveals their truth," he said. "ISIS and Boko Haram defame Islam but no Islamic followers opposed it. I had not said ISIS and Hindutva same, I had said that they are similar," he added. 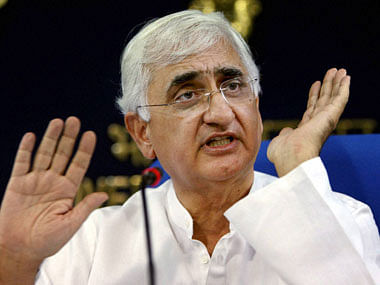 Uproar after Salman Khurshid compares Hindutva to ISIS and Boko Haram in his book 'Sunrise Over...
Advertisement